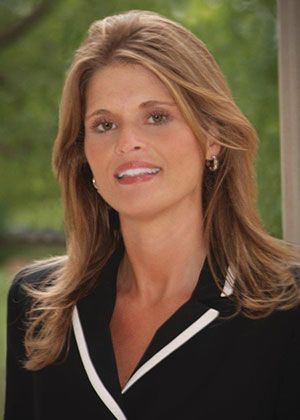 Shannon Rich has spent her career leading organizations through transformational projects by challenging traditional methods. As president and CEO of the Oklahoma Hall of Fame, she directed the single largest endeavor in the organization’s 90-year history—the opening of the Gaylord–Pickens Museum. Before joining the Oklahoma Hall of Fame, Rich served as executive vice president at John Q. Hammons Hotels, opening both the Renaissance Oklahoma City Hotel and the Downtown Courtyard by Marriott.

Since Rich joined the Oklahoma Hall of Fame, her leadership has resulted in a tremendous impact on the organization’s statewide exposure, educational programming and guest experience. Under her leadership, more than 45,000 Oklahoma students have experienced the museum through the free field trip program; one of the most active teen boards in the state was created; there has been a significant increase in overall donor support; an emerging leaders board to raise awareness of the mission among young professionals was launched; free family programming is now offered year-round; and a $19 million capital campaign was completed. She has enhanced the experience and revenue associated with the Oklahoma Hall of Fame Banquet & Induction Ceremony; continues to support the opportunity for Oklahoma students to continue their education through the organization’s scholarship program; and has raised awareness for the Oklahoma Hall of Fame’s award-winning publishing program.

Rich continues to make a lasting impact on her community. Her awards and honors include being recognized as one of Oklahoma’s “Most Admired CEOs,” she is a three-time honoree and inductee of the Circle of Excellence for the Journal Record’s “50 Making a Difference” and is a member of “Achievers under 40.” She has paved the way for equal representation for women and young professionals in Oklahoma City, serving as the first woman board member and president of The Downtown Club, as well as the first female member of the executive committee and officer for Oklahoma City All Sports Association. In addition, she was a founding co-chair of Leadership Oklahoma City’s L.O.Y.A.L. (Linking OKC’s Young Adult Leaders) program.

Rich is a fifth-generation Oklahoman and a proud graduate of Oklahoma City University. She and her husband, Kelly Kerr, have one daughter—Mia. Together, they enjoy playing tennis, golf and being outdoors.