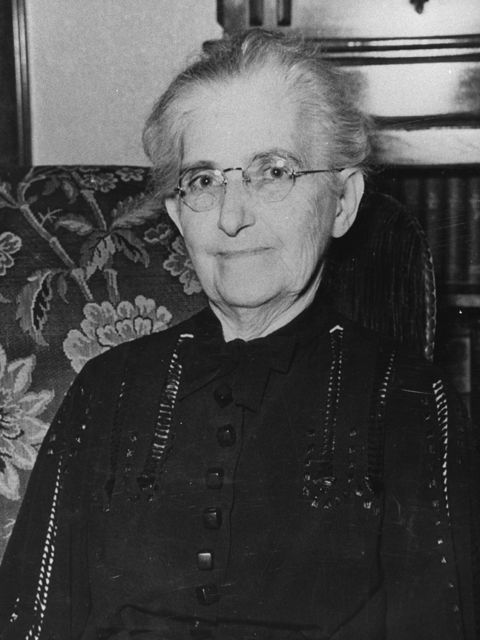 Her husband’s mother was a descendant of William Brewster and Edward Doty, who were passengers on the Mayflower.

“I am greatly indebted for…recognition [of] the services and achievements it may have been my privilege to have offered in the building of Oklahoma and in advancing humanity.” - Ida Belle Wright

Ida Belle Richards was born in 1865 in Missouri. Following graduation from Lindenwood College (now Lindenwood University), she completed graduate work at Illinois State School. A year after opening the mission school in Atoka, Ida Belle married Dr. E. N. Wright, son of Rev. Allen Wright of Boggy Depot. They made their home in Lehigh and remained there until 1905, when they returned to Atoka. The couple was active in the educational and cultural affairs of the community, and much of their time was spent on their farm and ranch near Olney in Coal County. The Wright home was a gathering place for the area, and it was here that she taught her two daughters, Muriel and Gertrude. Mrs. Wright organized the first club for women in the Choctaw Nation and was responsible for introducing study programs in several others. Throughout her years of pioneer life Mrs. Wright was loved and revered for her Christian character, her gentleness, and her kindness.