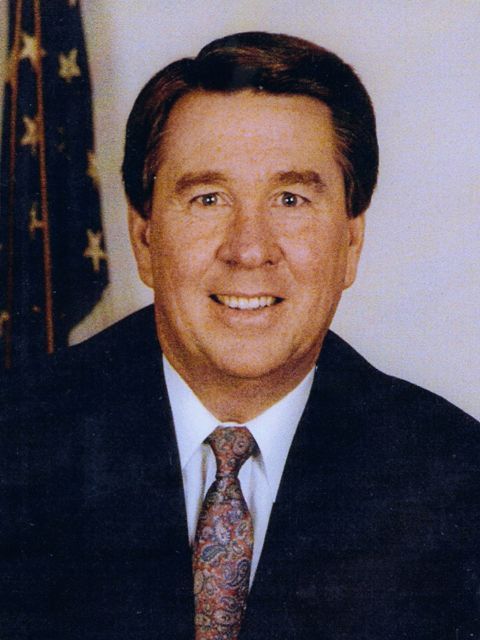 “Wes is one of the hardest working members of the U.S. House of Representatives, and his dedication to his nation, his state, and his congressional district is to be admired. He has used his role as Congressman to improve life for all Americans, and for that, he deserves to be commended.” - J. Dennis Hastert, Speaker of the House, 2002

While in high school, Wes worked three part-time jobs to pay expenses through school: as a school janitor, testing cream at a general store, and delivering newspapers on horseback.

Wesley Wade “Wes” Watkins was born in Arkansas and earned his degrees from Oklahoma State University in Stillwater, where he was also student body president, president of the Future Farmers of America, the OSU Student Senate, and Blue Key. He was one of the top-10 OSU graduates and became a successful homebuilder and land developer before he was elected to the Oklahoma State Senate (1974) and to the U.S. House of Representatives (1976-1990, 1996-2002).

Mr. Watkins became the only U.S. Congressman to serve on the Appropriations, Budge, and Ways and Means Committees. He has been honored as a member of the OSU Alumni Association Hall of Fame and has received the National Policymaker of the Year and the American Farmer Award.