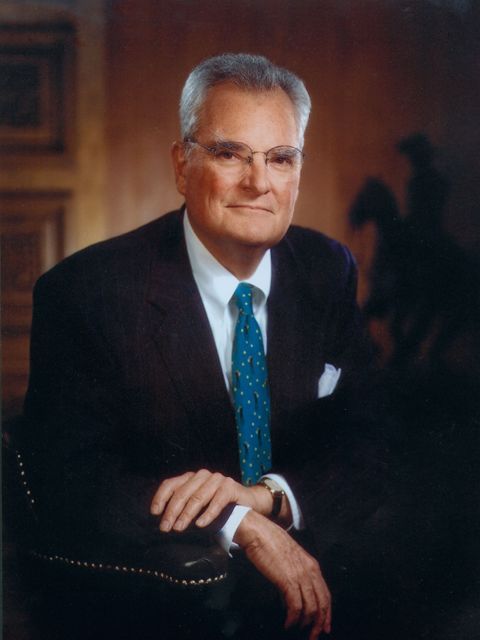 Bill Warren, Jr., was inducted as an honorary member of the Monogram Club of Notre Dame and was honored at center court during a timeout of the Pittsburgh/Notre Dame basketball game.

Native Oklahoman William K. “Bill” Warren, Jr., is a 1952 graduate of Cascia Hall Preparatory School in Tulsa, Oklahoma, and a 1956 graduate of the University of Notre Dame. He served for three years in the U.S. Navy before pursuing business interests in oil and gas exploration, production, real estate, a cellular telephone business, and investments in common stock securities.

Mr. Warren has also served on and presided over many boards during his career, including that of the University of Tulsa, OU, OSU, the University of Notre Dame, Vanderbilt, and Duke. He received the Outstanding Business Leader of the Year award and was honored by the National Conference for Community Injustice.