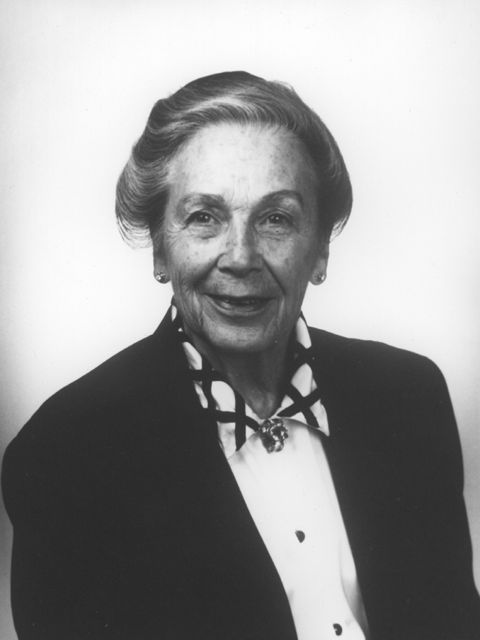 “Helen Robson Walton has led an exemplary life, filled with high work ethics and devoted to service and betterment of her fellow people.” - Everett E. Berry, 1985

Helen Walton was the vice chairman of the board of trustees of the Presbyterian Church (USA) Foundation. The board was founded in 1799, and Helen was the first woman to ever hold an office.

Oklahoma native and wife of Wal-Mart founder, Sam Walton, Helen Robson Walton attended Christian College for Women (now Columbia College of Missouri) in Missouri and the University of Oklahoma School of Business. She was married in 1943 and has been an active civic and religious leader: the first woman on the State Parks and Recreation Commission of Arkansas, a member of the Governor’s Task Force on Childcare and the Commission on Adult Literacy, the Strategic Planning Commission for Higher Education, and a trustee for the College of the Ozarks. She was the recipient of the Arthur Dickerson Pioneer Award from the Bentonville Chamber of Commerce.