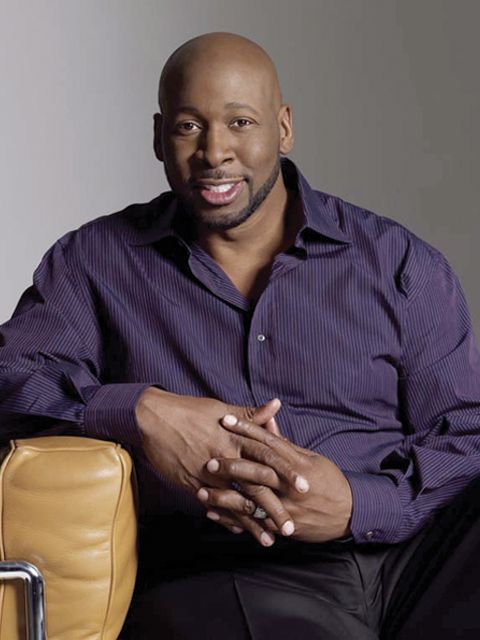 At age 8, Wayman received his first guitar from his father. His father had hoped that one of his children would take an interest in music. Music was Wayman's first love.

"You can never give up because quitting is not an option. No matter how dark it is or how weak you get, until you take that last breath, you must fight." - Wayman Tisdale

Known as both a successful basketball player and jazz musician, the 6’9” Tulsa native spent three years at the University of Oklahoma before his 12 seasons in the NBA, including stints with the Indiana Pacers, the Sacramento Kings, and the Phoenix Suns. Tisdale then became an award-wining jazz musician, with several of his albums making the top 10 on the Billboard charts. In 1983, Tisdale became the first freshman to make The Associated Press’ first-team All-America list, which he repeated twice more. He averaged 25.6 points and 10.1 rebounds per game during his seasons with the Sooners, earning Big Eight Conference player of the year each season. He still holds OU’s career scoring record with 2,661 points and career rebounding record with 1,048. He played on the U.S. gold medal team in the 1984 Olympic Games and went on to average 15.3 points per game during his professional career. Tisdale is a member of the National Collegiate Basketball Hall of Fame. Tisdale was diagnosed with cancer in 2007 and his right leg was amputated as a result. To help others going through the same challenges, he formed The Wayman Tisdale Foundation to counsel amputees and help them afford the prosthetic process.