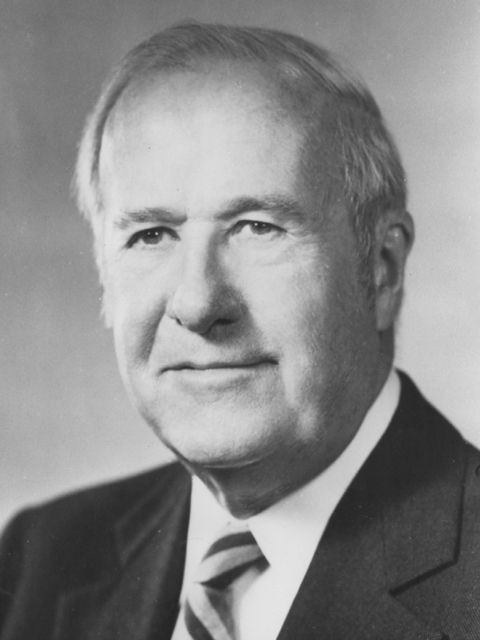 Robert Thomas was the recipient of the Gas Producer Association’s Hanlon Award, the Spirit of Life Award, and the John Rogers Award.

“Mr. Thomas represents a group of outstanding Oklahomans who have adopted Oklahoma later in life for the betterment of our State.” - William H. Bell, 1980

Robert E. Thomas was born in Ohio and graduated from the Wharton School of Finance and Economics. From 1936 to 1953 he was associated with Keystone Custodian Funds, served as vice president of Pennroad Corporation (1956-1965), and was chairman of the executive committee of the M-K-T Railroad Company (1956-1965). He founded and was the chief executive officer of MAAPCO, Inc., an integrated exploration, producing, refining, and marketing energy company. Mr. Thomas was also the chairman and trustee of the Tulsa River Parks Authority, the Philbrook Art Center, the University of Tulsa, and the Boy Scouts of America.