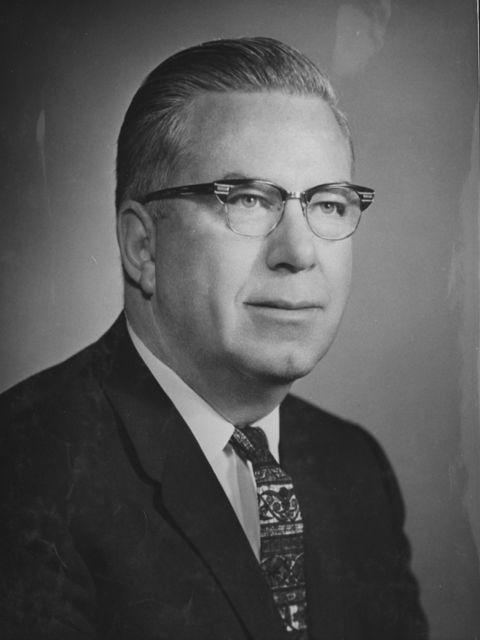 Dr. Eugene Swearingen was named Downtown Tulsa Unlimited’s “Man of the Year’ in 1969 and was inducted into Oklahoma State University’s Hall of Fame in 1970.

“He is not only an outstanding citizen of the City of Tulsa, but of the State of Oklahoma...he has shown outstanding leadership in the field of business and finance as in many civic activities.” - John Rogers, 1972

Eugene Laurrel Swearingen was born in Nebraska and graduated from high school in Perry, Oklahoma, before receiving his degree from Oklahoma State University in 1941. Serving as a Navy officer from 1943 to 1946, he earned his M.S. in Economics in 1948, again from OSU. Seven years later, he earned his Ph.D. in Economics from Stanford University. Early in his career, he worked as a field executive for the Boy Scouts of America in Arkansas, but it was when he moved back to Perry that he became an instructor of economics in the OSU College of Business and later, a full professor (1948-1956). He also served as Dean of the College (1957-1965). He later served as President of the University of Tulsa (1967-1968). He began his career with the National Bank of Tulsa in 1968 and served as President, Chief Executive Officer, and Chairman of the Board while there. In 1976, Governor David Boren appointed Dr. Swearingen as a member of the Oklahoma State Regents for Higher Education.