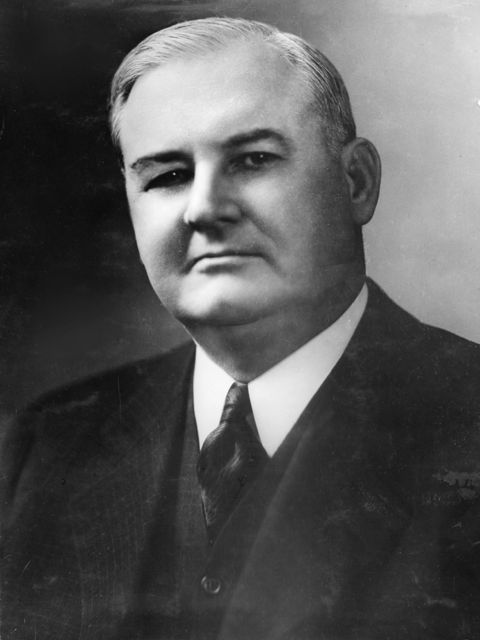 Mr. Stuart, Sr., gradually acquired tracts of land near the ranch where his wife, Ida Freeny, was born in Caddo, Oklahoma, and the 12,000 acres of land was named Stuart Ranch. The original ranch land owned by the Freeny family was bought by Mrs. Stuart’s grandfather around 1860, when it was part of Indian Territory. It was one of the oldest tracts of land in the state of Oklahoma that had remained in the possession of one family.

Robert Terry (R. T.) Stuart, Sr., was born in Texas when it was still “cow country.” He grew up “in the saddle” helping with duties on the ranch and attended M & F Institute in Chico, Texas. After earning a teacher’s certificate, he combined teaching with the sale of life insurance and, in 1905, began selling life insurance for Equitable Life Assurance Society of New York and won its national competition for sales while earning $25,000 in commissions. By 1908 he had established a million dollar year mark for policies written and, in 1909, became president of the American Home Life Insurance Company of Fort Worth. In 1916 he came into control of the Mid-Continent Life Insurance of Muskogee and moved it to Oklahoma City that same year. His only child, Robert Terry Stuart, Jr., took his father’s post upon graduation from the University of Oklahoma in 1954. In 1975 it remained the state’s oldest legal reserve insurance company. Colonel Stuart, as he was known later in life, was a strong supporter of agricultural education, serving as a regent for Oklahoma’s A & M colleges and the first and most generous supporter of the Oklahoma 4-H and FFA Junior Livestock Show at Oklahoma City.