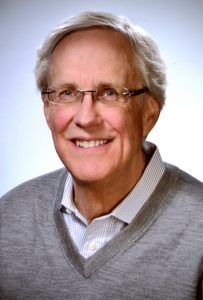 Stuart is the fourth generation from his family to be inducted into the Oklahoma Hall of Fame.

“Our entire society would be better off if we had more caring, kind, and responsible citizens like Jon Stuart.” - David L. Boren, 2018

Adopted as an infant in Norway and brought home to Tulsa, Stuart was educated in Tulsa, and at the Culver Military Academy, the University of Oklahoma, and the University of Tulsa. As chairman of the board and chief executive officer of First Stuart Corporation, Stuart is continuing in the family business. He also is the managing partner of Jon R. Stuart Interests, L.L.C., its primary focus on energy, and is a trustee for the Stuart Family Foundation.

Appointed by His Royal Highness King Harald VI of Norway, Stuart serves as the Royal Norwegian Consul for Oklahoma, Kansas, Missouri, and Arkansas. He served on the City of Tulsa-Rogers County Port Authority Board for more than 25 years, including five years as chairman. The Port of Catoosa’s Maritime Park is named for him. He has served on the Gilcrease Museum National Advisory Board and the Committee of 100—Tulsa, as a trustee for Boston Avenue United Methodist Church and Philbrook Museum of Art, as well as the Falcon Foundation in Colorado Springs, and served two terms on the University of Oklahoma’s Board of Regents.