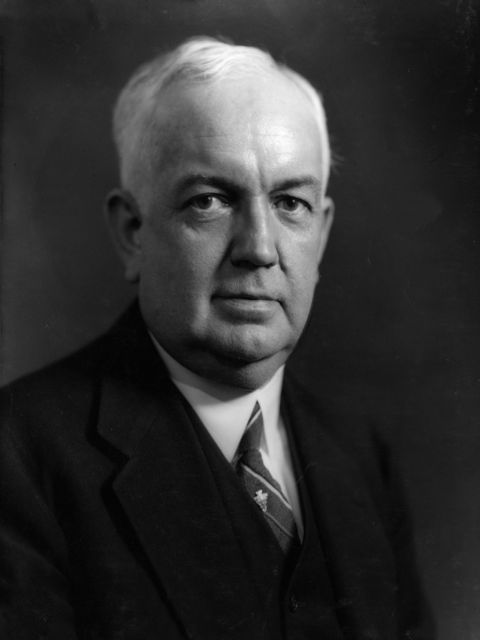 When Mr. Steffens and his wife Josie celebrated their 52nd wedding anniversary, more than 700 fellow townspeople from Tulsa and Sand Springs attended the event.

“He has assumed responsibility for the management of Sand Springs Home, and has given vital support to many other worthwhile activities in this area.” -History of Oklahoma

Theodore Henry “T.H.” Steffens was born in Missouri and was a graduate of St. Louis High School. He attended Southwestern Business College before beginning his career in 1901 as special accountant with the St. Louis-San Francisco Railway Company. Around 1911 he came to Oklahoma as traffic manager of the Sand Springs Railway Company and was later named assistant to the president, and eventually became president in 1926. It was during this time, while associated with Charles S. Page, founder of the Sand Springs Railway Company, that Steffens also became involved with the Sand Springs Home and Widow’s Colony. Mr. Steffens devoted his close attention to the Sand Springs Home and was even named as trustee upon the death of its founder. He became president of the Sand Springs Home in 1940 and it was this association that brought him the Award of Merit of the Tulsa Daughters of the American Revolution in 1955 for “outstanding service to some phase of American life.” At the time of his death, it was reported that more than 600 children had grown to adult age and more than 1,600 widows had lived in the colony at Sand Springs Home. Mr. Steffens was also active in other numerous business activities, some of which included director of the Tulsa, Oklahoma, stockyards, South West Box Co., Sand Springs Textile Mills, and Sand Springs State Bank.