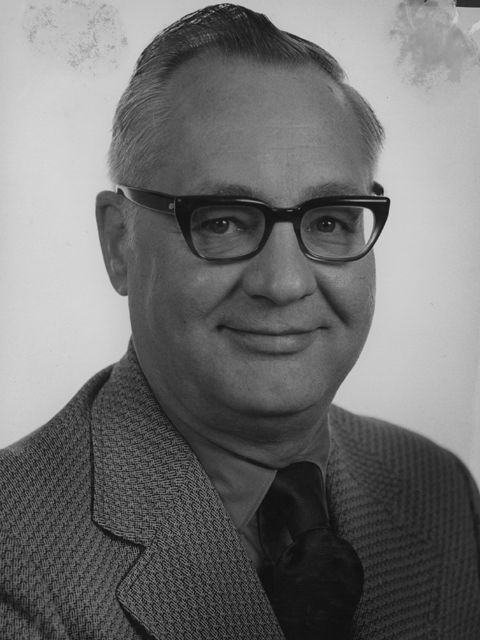 Although Dr. Sliepcevich had a brilliant record in theoretical research, he also established a fine reputation in breaking new ground for technical applications. The technology of handling liquid natural gas (LNG) in the 1970’s was one of his monumental contributions and his concepts are recognized as the backbone of most LNG transportation systems today.

“[Dr. Sliepcevich] has three-fold credentials, in research, in technological innovation, and in engineering education. He is considered ‘the complete engineer,’ at home in fields most of us can’t even define.” - John A. Murphy, 1974

Born in Montana, Cedomir M. Sliepcevich attended Montana State College (now Montana State University) from 1937 to 1939 before transferring to the University of Michigan, where he received a B.S. degree (1941), an M.S. degree (1942) and a Ph.D. (1948), in Chemical Engineering. Arriving at OU in 1955, he was a professor, Associate Dean, and Chairman before relinquishing all administrative duties in 1963 to devote his energies to full-time teaching and research as a George Lynn Cross Research Professor of Engineering. Simultaneously, he was serving as the director of the university’s flame dynamics laboratory, which he established in 1957. His world renowned reputation was underscored in 1974 when the National Society of Professional Engineers conferred upon him the organization’s highest honor—the Meritorious Service Award. In 1986, he received the American Gas Association’s “Gas Industry Research Award” and in 1989 he was named Robert M. Hughes Centennial Professor of Engineering. Nearly one year after retirement in 1991, a fully-endowed professorship prepared by the OU Chemical Engineering department was made available in his honor. In 1993, he was inducted into the OU College of Engineering Distinguished Graduates Society.