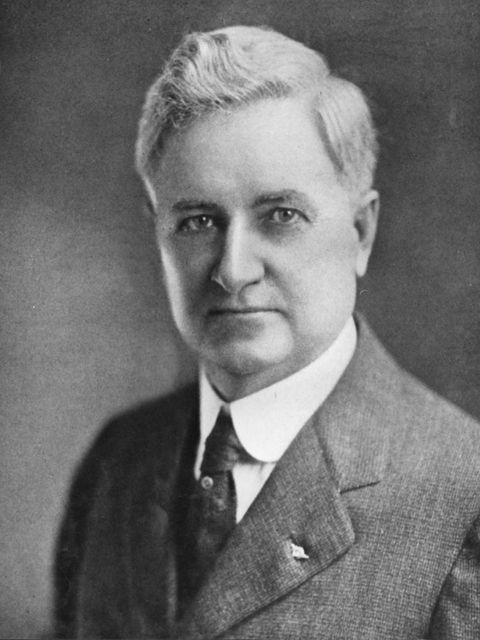 Jasper Sipes was one of the organizers of the Oklahoma Historical Society in 1895, and served as its president for 21 years.

“My first big order was over at El Reno. The day the board was to meet there came up a blizzard…I started out and kept the horses floundering through the snow until I got there. The board had just about given up the ghost, but when I got there, the president said, ‘Well, anybody who would drive clear across the Territory on a day like this deserves the contract,’ and that was all there was to it.” - Jasper Sipes

Jasper Sipes was born in Ohio in 1860. When he was a little more than a year old his family moved to Montana where Sipes never attended school, but instead worked with his father in mining and ranching. After working for a while in farming in western Kansas, he established a school and church equipment business which was continued and expanded after coming to Oklahoma Territory. He added a wholesale outlet for distribution of textbooks and other school needs in 1915. With no school boards to purchase the school furniture and no school houses to place the furniture in, Sipes set out to help with the advancement of both. For a time he carried his samples for display over the Territory, aiding in the organization of school boards, and planning to finance school buildings and equip them with everything from desks and wall maps to heating plants. He published copies of the first school laws enacted by the Oklahoma Territorial Legislature and distributed them at his own expense and equipped the first school building, Emerson, erected in Oklahoma City. His equipment was also installed in the laboratories of the University of Oklahoma at its creation.