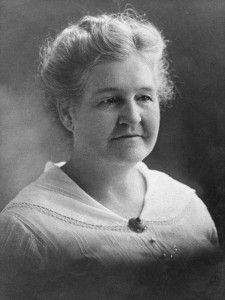 “In the gallery of time since statehood, the niches are filled with the statues of those who have served humanity in various avenues of activity. Such ones are public idols and through them the youth get glimpses of what hopes to be and what is possible from them.” - Anna B. Korn

Angie Russell was instrumental in her role as a juvenile welfare leader across the state of Oklahoma for 40 years. She was born in New York and came to Oklahoma City in 1907, just before statehood. A prized speaker and worker in the Democratic Party, Roberts served as the Superintendent of Juveniles in Oklahoma and was active in the growing issues of welfare across the state.