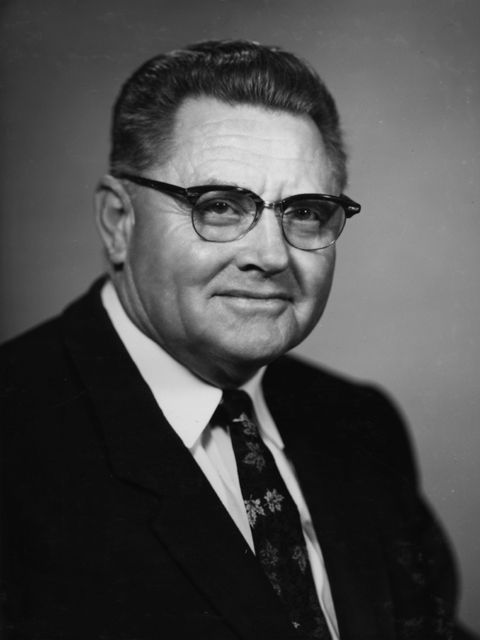 Dr. Raley delivered sermons and addresses on an average of one every day since 1934 and traveled an average of 100 miles a day in filling appointments.

“It is not the building I’m most proud of. It is the graduates and the lessons we are able to instill in them.” - Dr. John Raley, 1959

John Wesley Raley was born in Texas and graduated from high school in his hometown, Rosebud, Texas, in 1919. With just $14.67 in his pocket, he enrolled in Baylor University and earned his first of several degrees; his Doctor of Theology was from Eastern Baptist Theological Seminary in Philadelphia. At his first pastorate in Smithville, Texas, he met and married Helen Thames. In 1933, while serving the First Baptist Church in Bartlesville, Oklahoma, he was called to Shawnee to guide the destiny of Oklahoma Baptist University through the next 27 years. At the time, this made Dr. Raley the youngest chief executive officer of an American college or university. For the next 30 years, Oklahomans and Baptists watched as this young dreamer charged straight through debt, depression, apathy, and war to build a great school…debt-free, accredited, and worth millions of dollars. He gave intellectual leadership to a generation of college graduates, and the demands on him were worldwide. The John Wesley Raley Chapel on the OBU campus was the fulfillment of a dream, as well as the ultimate memorial, to this truly “uncommon man.”