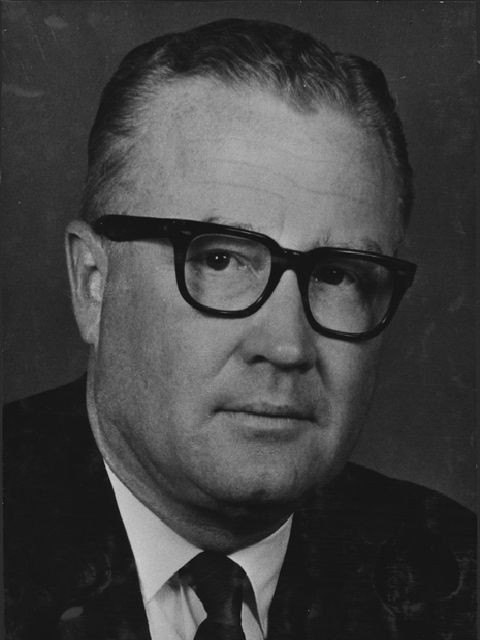 “Although I wish my personal achievements were sufficient to merit the recognition individually, I realize without a false modesty that this honor can only be considered because of the contribution of the Noble Family, particularly through the achievements of The Samuel Roberts Noble Foundation.” - Sam Noble, 1974

Samuel “Sam” Russell Noble served in the U.S. Navy for three years after graduating from St. John’s Military Academy in Wisconsin in 1943. While he was a student at the University of Oklahoma in 1945, his father established The Samuel Roberts Noble Foundation, of which, with the support of his brother and sister, Sam assumed leadership in Noble enterprises upon his father’s death five years later. The Foundation is famous for its extensive contributions to agricultural and bio-medical research. Newspapers and technical journals through the years have recorded an endless list of scientific triumphs always announced in the name of The Foundation, with the family remaining in the background. The Foundation also has supported numerous charities and educational institutions, including the Dean A. McGee Eye Institute, Oklahoma Christian University, Stanford University, and the University of Oklahoma. Personally, Mr. Noble served many civic and service organizations, such as the Y.M.C.A., the Arbuckle Area Boy Scout Council, and his church. He was also active in the leadership of the Oklahoma Economic Development Agency and the Carter County Guidance Clinic.