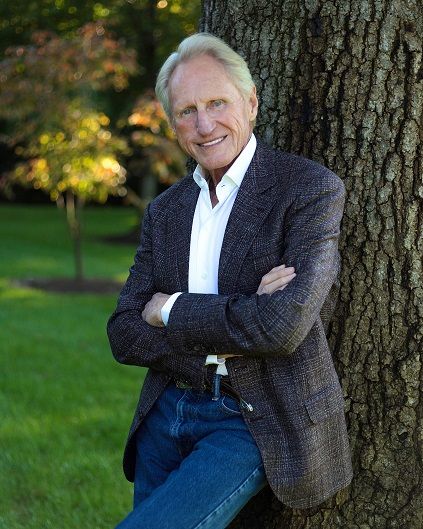 In 1968, John and his brother Gil traveled on motorcycles to attend the Olympic Games in Mexico City. From there they traveled through Central America all the way to the Panama Canal.

Born in Muskogee, John Nickel grew up alongside his younger brother Gil working in his parent’s retail landscape nursery. He attended Connors State College in Warner and the Southern California Institute of Architecture in Santa Monica, California. At the age of 22, he established Greenleaf Nursery Wholesale south of Tahlequah on Lake Tenkiller. Today, Greenleaf is one the nation’s largest wholesale producers of shrubs and trees with locations in Oklahoma, Texas, and North Carolina. To foster continued horticulture education, Nickel and leadership of his company made a $1-million donation to the Horticulture Department at Oklahoma State University for a new greenhouse teaching facility.

In 1979, Nickel partnered with his brother to restore the nearly 100-year-old Far Niente Winery in Oakville, California, recognized as one of the world’s greatest wine estates. In 1997, the brand Nickel & Nickel began producing 100% varietal, single-vineyard wines.

Because of his passion for nature, Nickel donated 14,000 acres to The Nature Conservancy to ensure the land would remain pristine and undeveloped. Nestled in the rolling Cookson Hills and overlooking the Illinois River, The J. T. Nickel Family Nature and Wildlife Preserve is the largest privately protected conservation area in the Ozarks and was officially dedicated in 2000. In 2005, elk were reintroduced to the preserve, a dream fulfilled for Nickel. For his dedication, Nickel received The Nature Conservancy’s first Oak Leaf Award and a Wildlife Stewardship Award from Nature Works included a bronze monument of a Cimarron Pronghorn Antelope that is located on Tulsa’s Riverside Drive.

Nickel’s honors include being named Entrepreneur of the Year by Ernst & Young in Dallas, Texas, and induction during Oklahoma’s Centennial to the Tulsa Hall of Fame.