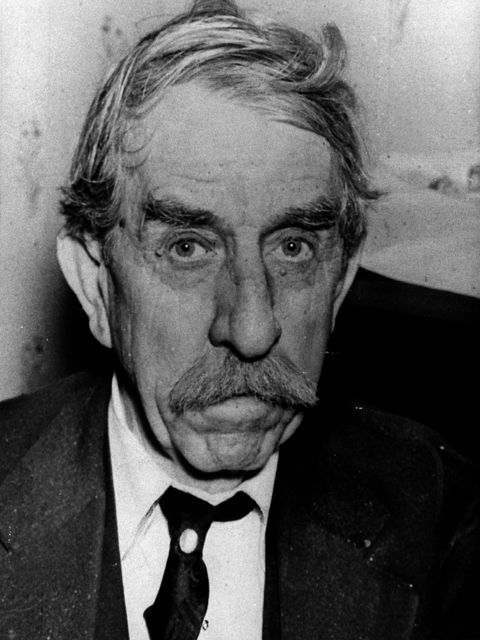 Governor William H. Murray was known as “Alfalfa Bill” to his friends and “Cockle Burr” Bill to his enemies.

“A public official is one who is too honest to be bought; too wise to be deceived; too brave to be intimidated.” - Governor William H. Murray

The “Sage of Tishomingo”, Oklahoma Governor William H. Murray, was born in Texas and ran away from home at 13 to work as a farmhand and in a brick kiln. He graduated from College Hill Institute in Parker County, Texas, taught in various schools around the state, and was defeated in a run for the state senate. He and his brother, George, established and published the Daily and Weekly News at Corsicana and Murray was admitted to the bar and opened his practice in Fort Worth. He settled in Tishomingo, Oklahoma, in 1898 and became an attorney for the Chickasaw Nation. He became a citizen of the Chickasaw Nation after he married Alice Harrell in 1899 and was the first grower of Alfalfa in the area – a county newspaper asked him to write an article of alfalfa culture and published it under the heading, “Alfalfa Bill on Alfalfa.” In 1906, he was a statehood convention delegate and became president of the convention. He failed in his first race for governor in 1910, but was elected to Congress. After a later defeat in Congress and in the race for governor, he moved to Latin America and established a colony in Bolivia, which lasted until 1929. He returned to Oklahoma and was elected Governor (1931-1935). In later years he authored numerous articles and books and retained a colorful and outspoken presence in Oklahoma politics.