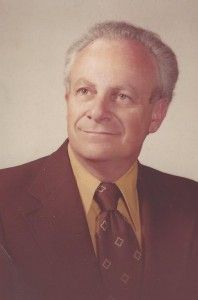 A Missouri native, Melvin Moran came to Oklahoma as a young child and graduated from Tulsa Central High School (1947) and the University of Missouri (1951). He served two years in the U.S. Air Force and finally settled in Seminole, Oklahoma, where he became a well-known oilman with Moran Oil Enterprises and Moran-K Oil and was active in the community as a civic leader and philanthropist. A former mayor of Seminole, he also served on the board of directors of many banks and several oil and gas related associations, as well as, Board of Regents of Seminole Junior College (now Seminole State College) and other city and state foundations. He was appointed by four governors to state boards and committees. With his wife, he co-founded the Jasmine Moran Children’s Museum in Seminole after visiting a children’s museum while on vacation with their grandchildren. Founded in 1989, Moran raised $2.2 of the $2.4 million needed to build the museum. It was opened in 1993 and has logged visitors from 77 countries worldwide since its beginning. Moran was named Citizen of the Year by the city of Seminole and was inducted into the Seminole Hall of Fame. He received the 1993 Governor’s Arts Award and was named the 1993 Philanthropist of the Year by the Oklahoma Chapter of the Society of Fund Raising Executives. A member of the Jewish community, Mr. Moran has served as state president of B’nai Brith and provided funds for a building adjoining the library of Ben Gurion University of the Negev.