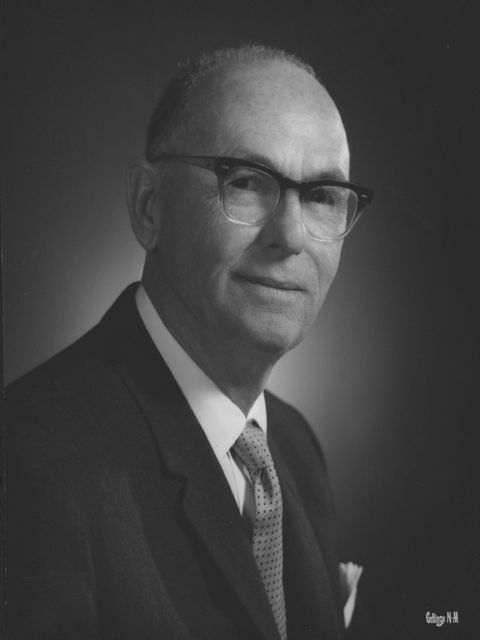 Ward Merrick joined his father as a roustabout and general oil field worker in the Healdton Field in 1919. By 1968 he was named "Outstanding Oklahoma Oil Man of the Year."

“Mr. Merrick’s purpose in life has not been to make a living, but rather it has been how to apply his time, energy, and worldly goods to make living worthwhile and more meaningful for all around him and for all who may come this way in the future.” - R. Boyd Gunning, 1970

New York native and third-generation oil producer Ward Merrick was educated in Chicago and served in the U. S. Army during World War I before coming to the Ardmore area to work in the oil business. Mr. Merrick’s activities outside of the business world were equally impressive with the establishment of the Merrick Foundation, in 1947, with his mother in honor of his father. Educational, historical, and medical projects, as well as numerous civic and religious endeavors throughout the southern Oklahoma region have received generous assistance, including the Lake Murray Chapel, Merrick Computer Center at OU, and Lake of the Arbuckles.