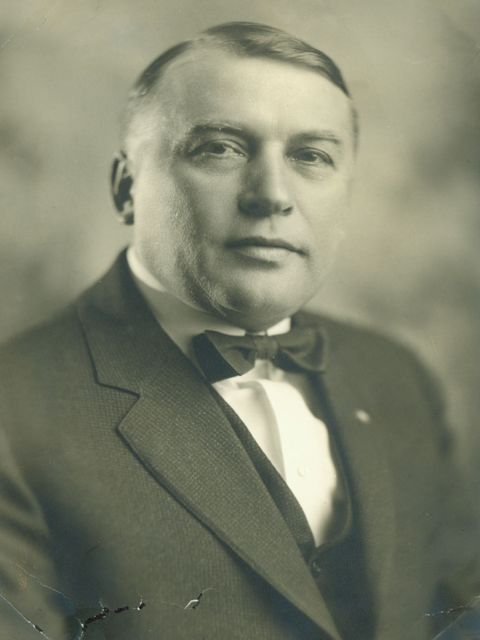 Boh Makovsky had never visited Oklahoma when he booked his musicians for a concert in Davis, Indian Territory, in 1903. They arrived in town by train “only to discover that no engagement existed,” so Boh paid his men and then decided to stop in Oklahoma City. He gave music lessons, played in bands, and organized polka bands in the area and decided to stay for good.

“Tonight they see. Tonight my 110-piece band we play swing music. We swing music until the building she swing too.” - Boh Makovsky, 1938

Bohumil Makovsky grew up an orphan in Bohemia and came to New York on his way to Nebraska when he was 17 years old. He was unable to speak English, had only a little formal education, but carried his clarinet everywhere he went. After his arrival in Nebraska, he lead a small musical band that played at county fairs and dances in the area, and came to Oklahoma City in 1903. He played music and organized bands in Woodward, Yukon, and Prague, and ultimately accepted the position of band director and Director of Music at Oklahoma A&M College, now Oklahoma State University, in Stillwater (1915-1943). Boh became a U.S. Citizen, received an honorary Doctor of Music degree from the University of Tulsa, and was instrumental in founding Kappa Kap Psi, a national band fraternity for men, for which he also served as its grand president from 1927-1929.