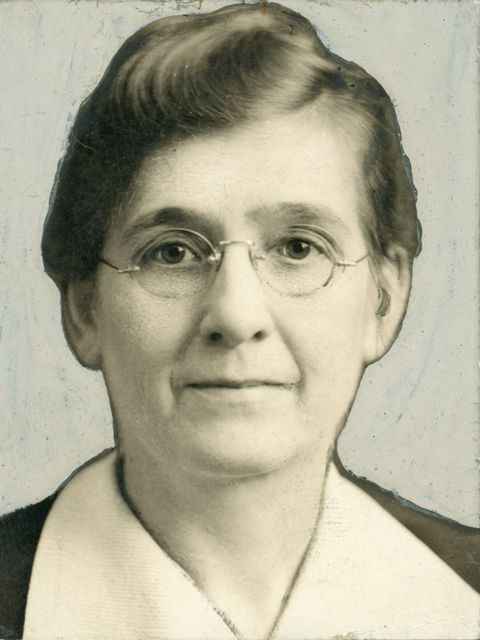 “Her home had been built on the site of the old Tushkahoma Female Institute, between Tushkahoma and Clayton, Oklahoma. She named the home ‘Nunih Wayah – from the sacred mountain of the Choctaws, where legend says the tribe was created.’” - Winnie Lewis Gravitt

Anna Lewis was born of Choctaw descent. Her early education was obtained from “Subscription Schools” of the era, as well as private teachers in the home. She entered the Tushkahoma Female Institute in 1900 and graduated in 1903. She later attended Mary Connor Junior College (now Paris Junior College) in Paris, Texas, and upon attending a summer normal school at Jones Academy in the Choctaw Nation, was granted a teaching certificate in 1904. Her career in this field lasted until her retirement in 1956. Miss Lewis later earned her Ph.D. from the University of Oklahoma, where she was the first woman to receive this distinction. Early in her career, Dr. Lewis taught in the Choctaw national schools, public schools in Summerfield and Durant, and as an instructor at Southeastern State College (now Southeastern Oklahoma State University) in Durant. In 1917 she began her teaching career at Oklahoma College for Women (now the University of Science and Arts of Oklahoma) in Chickasha, where she helped build the History Department. She spent 32 years at OCW before retiring at the age of 65. She was one of the founders of the Oklahoma organization of Delta Kappa Gamma, the national honorary teachers’ society. She authored several books and had numerous articles published in Chronicles of Oklahoma, Dictionary of American Biography, and the Encyclopedia Britannica.