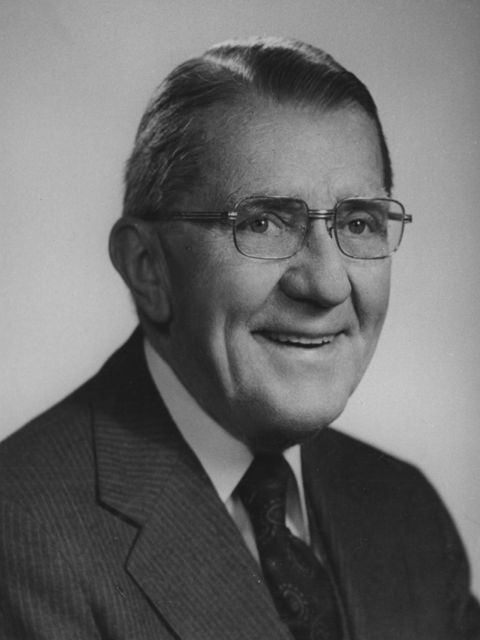 In 1969 the Oklahoma Petroleum Council named P.C. Lauinger the “Outstanding Oil Man of the Year,” the highest honor bestowed upon an industry leader by the Oklahoma petroleum industry.

“P.C. Lauinger became the first of the chief executives to take charge of operations on the spot…he devoted full time to the publishing enterprise. And he did more than just ‘make a go of it.’” - Gene Kinney, 1977

Phillip Charles Lauinger was born in Oil City, Pennsylvania, and graduated from Georgetown University in 1922 and St. Bonaventure University in 1957. In 1922, he became a staff representative for the Petroleum Publishing Company and advanced to the presidency in 1931 in Tulsa. He became chairman of the board in 1968. Under his direction, the company included The Oil and Gas Journal, Petroleo Interamericano (a Spanish-language magazine serving Latin American oil countries), Oil and Gas International (for the Eastern hemisphere), Oil and Gas Equipment (a monthly magazine devoted to new equipment products), Offshore and Ocean Oil Weekly (both encompassing the worldwide offshore oil industry) – all published in Tulsa, Oklahoma.