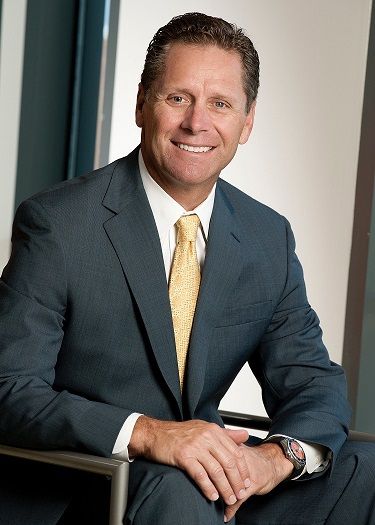 "Where the land we belong to is grand." - Oklahoma!

An NFL Hall of Famer, former Congressman, and CEO, native Tulsan Steve Largent accepted a football scholarship and earned his Bachelor’s Degree in Biology from The University of Tulsa. For 14 years he was a record-setting receiver with the Seattle Seahawks, setting six different NFL career records and participating in seven Pro Bowls. He was named NFL Man of the Year for his community service and Athletes in Action recognized him with the inaugural Bart Starr Award for serving as an exemplary role model on and off the field. At the time of his retirement from professional sports, he held every receiving record in the NFL.

Respected and known for working “across the aisle,” Largent served four terms as a member of the United States Congress representing Oklahoma’s 1ST Congressional District. During his tenure he served as vice chairman of the Energy and Air Quality Subcommittee and on the Telecom Sub­committee, the Oversight and Investigation Sub-Committee, and the Environment and Hazardous Materials Sub-Committee. His four-term voting record reflected consistent support for lower taxes, regulation, and strong free markets.

As president and CEO of CTIA, a trade association representing the wireless communication industry in the United States, he saw extraordinary growth in the wireless industry with limited interference from the regulatory agencies and Congress.

Largent’s for-profit and non-profit board service includes Cross First Bank, B & T Engineering, Focus on the Family, The University of Tulsa, and Code 3—an organization mending the relationship between law enforcement and local communities. He has served as the Midwest Chapter Executive Director of the Wheelchair Foundation, an organization dedicated to providing wheelchairs to every adult and child worldwide who needs one but cannot afford it.