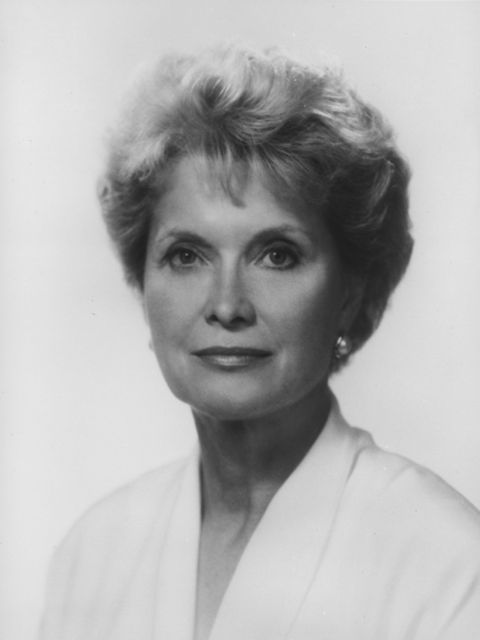 “It doesn’t seem remarkable to me to work for the betterment of my community. I suppose that is because of my very German father. His philosophy of stewardship was simple: that one should leave a place better than one found it – and that adversity could be overcome by simply doing the work that needed doing without complaint.” - Patricia Wheeler Langholz

Patricia Wheeler Langholz was born in Kansas and graduated from St. Joseph’s School of Nursing in 1947. Upon moving to Tulsa she quickly reached out in service to the community to enrich the educational and cultural life of the city and the entire state. With sparkling and intelligent enthusiasm she served with the Oklahoma Foundation for Excellence, the National Conference of State Legislatures, and numerous organizations in the area. After the death of her husband in 1981, Patricia served as chairwoman of the board of Phoenix Resources, Inc. and Certified Appliance Distributors, Inc. She was also the director of the Thomas Gilcrease Museum Association, served as a member of the State Ethics Commission from 1991 to 1992, and has been a member of the Oklahoma Foundation for Excellence since its inception.

See pictures of Patricia Wheeler Langholz and other media HERE.