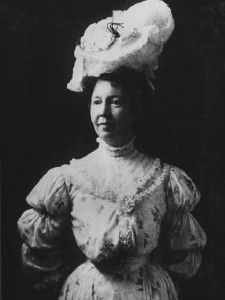 In 1933, at the sixth anniversary of the Oklahoma Hall of Fame, inductees received not only a certificate recognizing their induction, but also a memento of beaded flowers, laboriously beaded by Mrs. Korn herself, during the months prior to the event.

“She has unselfishly devoted these years of her life to worthy causes in civic work and above all, has accomplished much in preserving the history of Oklahoma and in giving statewide recognition to persons whose achievements have been outstanding in various fields of endeavor.” - Oklahoma Governor W. J. Holloway