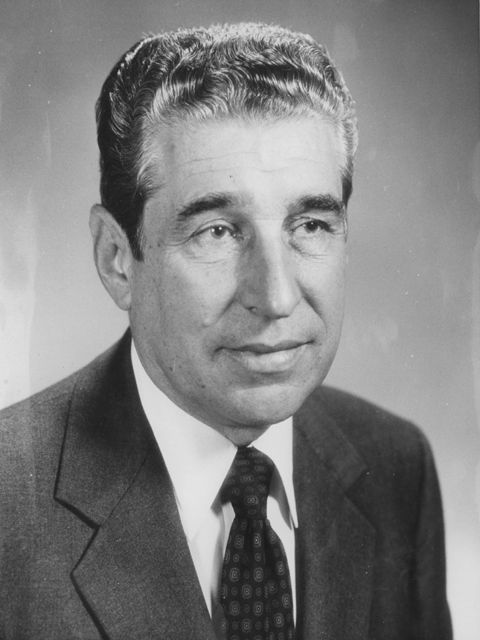 Robert Kamm was the Republican candidate in 1978 for the U.S. Senate seat from Oklahoma.

“There have been many times when pressures and problems mounted – and I found myself laughing! The result was that, almost miraculously, the seriousness of the pressures and the problems diminished – or, so it seemed – and I was able to deal with the matters before me more objectively…” - Robert Kamm, 1980

Robert “Bob” Kamm was raised on an Iowa farm and educated at universities in Iowa and Minnesota. He continued his education at St. Louis University and Oklahoma State University and became a professor at Texas A&M, Drake University, and Oklahoma State University, where he also served as Dean of the College of Arts and Science, as vice president of Academic Affairs, and as the university’s president (1966-1976). He was the author of over fifty journal articles on administration, guidance and higher education and was a frequent speaker throughout the United States. He also served as the U.S. member of the Executive Board of the United Nations Educational, Scientific and Cultural Organization (UNESCO) and, in 1996, was selected a “Community Hero” to run the Olympic torch across Oklahoma.