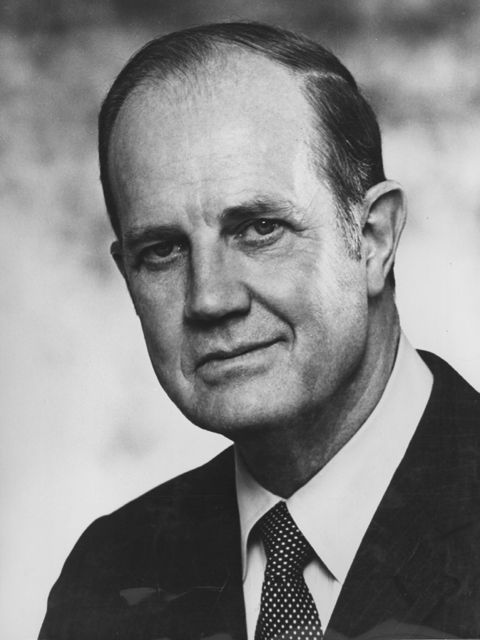 John Houchin attended the University of Oklahoma for one year then worked for the Oklahoma Highway Department and as an oilfield roustabout to earn enough money to return to OU and graduate in 1934.

“Despite his exceptional abilities and traits, the one quality that seems to stand out above all the rest is his great humility…we have every reason to be proud of him as a son of Muskogee.” - James C. Leake, 1969

John Houchin was born in Mississippi and began working in 1933 as a roustabout for Phillips Petroleum Company in the oil fields around Oklahoma City, Oklahoma, after graduating high school. He served in various production and engineering positions and was named chairman of the Phillips Operating Committee in 1956. In 1962, he became executive vice president and was named chairman of the Board of Directors and chief executive office in 1973. He helped organize the American Independent Oil Company in 1947 and put into production Phillips’ first oilfields in Venezuela. Houchin served on the OU Board of Regents (1963-1969) and was on the Board of Directors of the American Petroleum Institute. He was the president of Bartlesville’s Chamber of Commerce and was a trustee of the Bartlesville Boys’ Club.