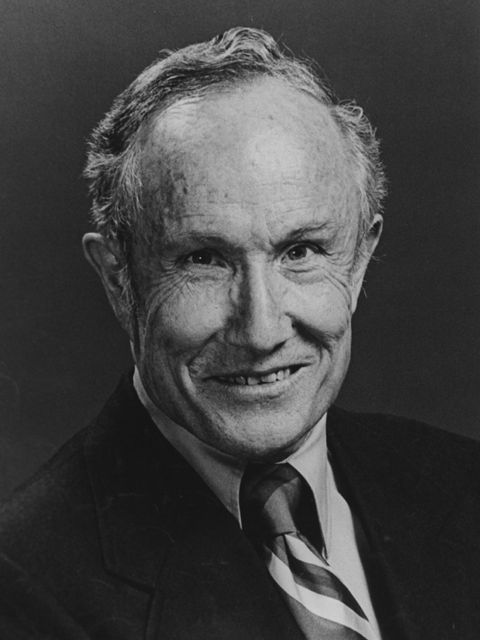 Dr. Cluff Hopla built an international reputation for his extensive research of fleas, ticks, and mosquitoes. In one research expedition, he studied the feeding habits of thousands of Arctic and sub-Arctic mosquitoes he had collected over a three-year period in Alaska.

“The endeavors of this Oklahoman have encompassed not only the field of teaching, where his influence continues to be passed on to others through his students, but also in the field of research, adding immeasurably to mankind’s body of knowledge.” - J. W. McLean, 1978

Cluff E. Hopla was born in Utah and received his B.S. in 1941 and M.S. in 1947 from Brigham Young University. He served in the Navy as a malariologist during World War II, and then continued serving for sixteen years in the Navy Reserve. Upon completion of his Ph.D. studies at the University of Kansas in 1950, he arrived at the University of Oklahoma in 1951, where he later became chairman of the Zoology Department and eventually a George Lynn Cross Professor of Zoology. He was a consultant for the Oklahoma State Department of Health and of the Arctic Institute of Fairbanks, Alaska, where he spent time in research at the Arctic AeroMedical Laboratory. He was also a consultant to the World Health Organization and of the National Institute of Health. Diseases such as tularemia, brucellosis, and Rocky Mountain Spotted Fever, which are spread by ticks, fleas, and mosquitoes have been greatly affected by Dr. Hopla’s research efforts. As a Doctor of Veterinary Medicine, he was a member of twenty professional and honorary societies and lectured in many foreign countries.