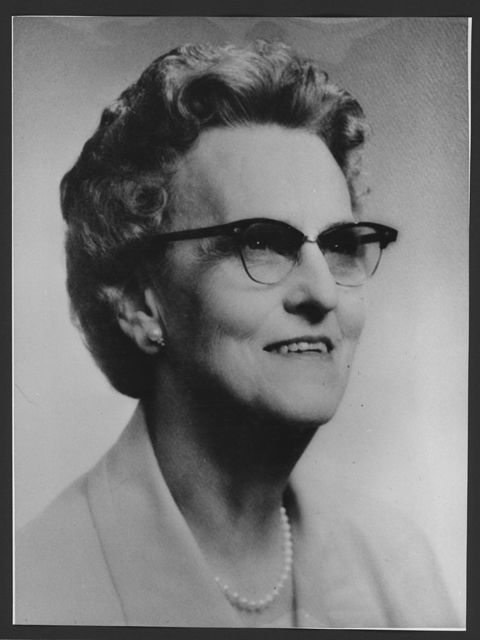 In 1962 Christine Hitch was among the top ten “Mothers of the Year” selected in Oklahoma. In 1965 she was selected as “Queen of Pioneer Days,” a large annual event held in Guymon to observe the traditions and backgrounds of the Oklahoma Panhandle from the date of its settlement as “No-Man’s Land.” Her granddaughter, Jane Hitch, was named “Miss Oklahoma” in 1964.

“A real pioneer of the Panhandle and Southeast, Mrs. Hitch has earned her spurs as an outstanding woman in farming, ranching, feedlots, and other enterprises in the Panhandle and five-state area.” - William Sercomb, 1972

Christine Walker Hitch was born in Kansas and attended school at Medicine Lodge through the eighth grade when her family moved to Colorado where she attended high school. At the age of 17, she started teaching school in a converted chicken house 18 miles northwest of Liberal, Kansas, and eventually attended Kansas State Normal School (now Emporia State University). She married Henry Hitch at the age of 22 and moved to the Hitch Ranch headquarters five miles southeast of Guymon, Oklahoma, as a bride. Throughout her life, Mrs. Hitch was constantly engaged in the affairs of the community – church, schools, socially and medically. With her husband she was instrumental in founding the No-Man’s Land Historical Society and the establishment of the No-Man’s Land Museum at Panhandle State College (now Oklahoma Panhandle State University) in Goodwell, Oklahoma, where, in 1968, the Hitch Family was honored with the dedication of a new student center in their name.