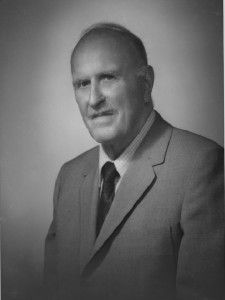 During World War I, Walter Helmerich joined the aviation section of the Army Signals Corps as a Lieutenant. He became a pilot and, at one time, held the world altitude record in flight.

“He has a reputation for absolute integrity. He has never tried to separate personal and business morals, and in that way he is from the old school of oil pioneers. He is as good as his word, and everybody knows it.” - William T. Payne

Born in Chicago, Illinois, Walter H. Helmerich was a legendary figure of Oklahoma’s oil business. He joined Ray Colcord in partnership in 1920 and later joined William Payne in co-founding Helmerich and Payne, a company specializing in oil exploration. When the partnership dissolved in 1936, it held nearly eight working drilling rigs and was among the leading firms of its type in the world. Helmerich became an active worker in civic and community projects and was a major benefactor of Tulsa’s Hillcrest Medical Center, Boston Avenue Methodist Church, and the Tulsa Vianney Girls’ Residence and School. He was also named Outstanding Oil Man in 1980.