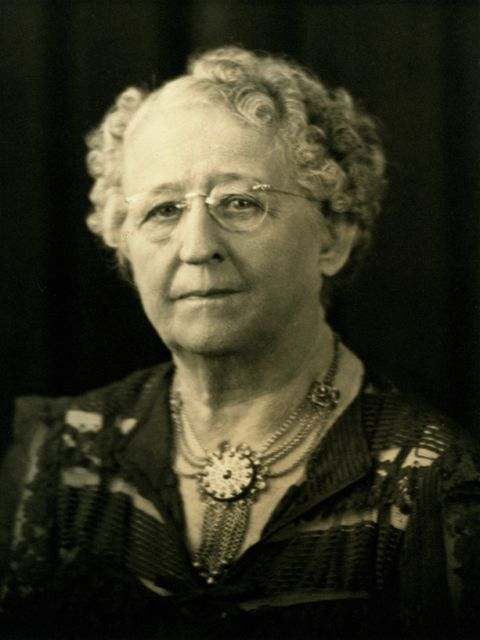 “To an unusual degree, she was companion and help-mate to Governor Haskell, who, in many public speeches, referred to the help and inspiration which ‘Miss Lillie’ never failed to give him.” - Elizabeth Williams Cosgrove

Lillian B. Gallup was born in Ohio. At the age of 27, she became the second wife to Charles N. Haskell, also of Ohio, who was practicing law at the time. Two years later, in 1901, they moved to Muskogee, Indian Territory, where Mr. Haskell rapidly became a prominent figure in local politics. He participated in the Sequoyah Convention and later, in the Oklahoma Constitutional Convention, in which he played a prominent role behind the scenes. On September 17, 1907 he was sworn into office as the first elected governor of the new state of Oklahoma and served until 1911. During that time, Lillie’s sewing machine was moved into the capitol building so that she might be near her husband and when her husband’s interest in building railroads took him traveling throughout the new state, she joined him. Mrs. Haskell lived with her husband, until his death in 1933, in New York City and then made her home in San Antonio, Texas, with her three daughters until her death.