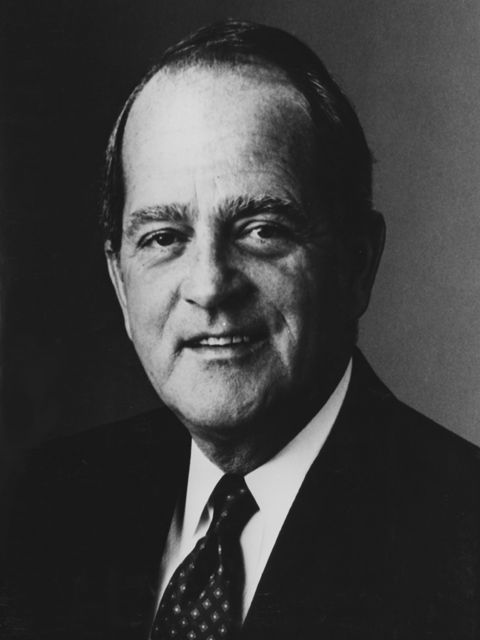 Before his outstanding leadership of Fleming, Richard Harrison was a lawyer and worked in Washington, D.C., for the Department of Justice and later established a law practice in Seattle, Washington.

“Find something you can do that gives you personal satisfaction, a satisfaction that you are contributing in whatever way to your fellow man – but with fairness to yourself, as well.” - Richard Harrison, 1989

Richard Dick Harrison was born in Utah and graduated from Stanford University in 1946 and received a law degree from the University of Michigan in 1949. During World War II, he joined the Air Force and flew more missions over Japan, 38, than any other pilot. After a short career in law, he joined the Fleming Companies as vice president (1954) and became president and chief executive in 1966 and chairman and chief executive in 1981. Under his direction, the company grew to become one of the largest wholesale food distributing companies in the U.S. with annual sales approaching $8 billion. Harrison was president of Oklahoma City’s Chamber of Commerce and was the honoree of the National Conference of Christians and Jews in Oklahoma in 1988. In 1989, he received the Dean’s Award for Distinguished Community Service in Business from the University of Oklahoma.