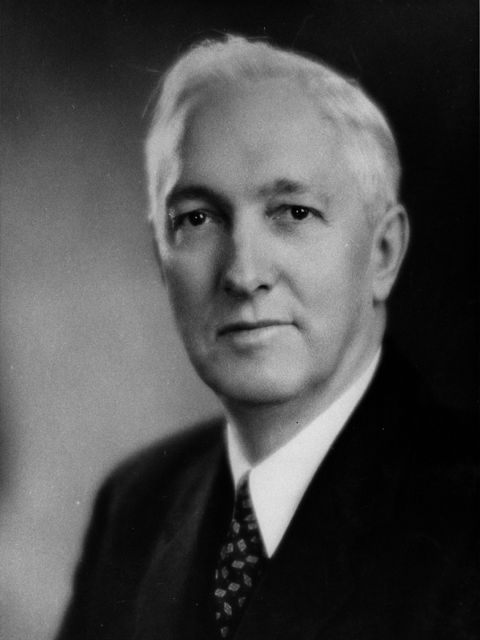 Roy Gittinger, affectionately known as “Dean Gitt,” was the first University of Oklahoma faculty member to receive the title “Regents Professor” and a building at OU was named Gittinger Hall in 1951.

“Dean Gittinger…inspired his students always to desire the noble and worthwhile things of life. There is no city, town or hamlet in Oklahoma in which [he] could not find a warm welcome in the home of former students and University friends.” - Mrs. J. R. Hinshaw

Dean Roy Gittinger was born in Iowa and attended Simpson College before marrying Frances Price and coming to Oklahoma in June of 1900 to teach at the public school in Moore. After the school was shut down due to a small pox epidemic, Gittinger decided to attend the University of Oklahoma and graduated in 1902. In September of that same year, he became an instructor of history and principal of the preparatory school at the University. He became Dean of undergraduate students in 1915, Registrar in 1919, and Dean of Administration in 1926. In 1941, he became Dean of Admissions and served as Professor Emeritus of History in 1950.