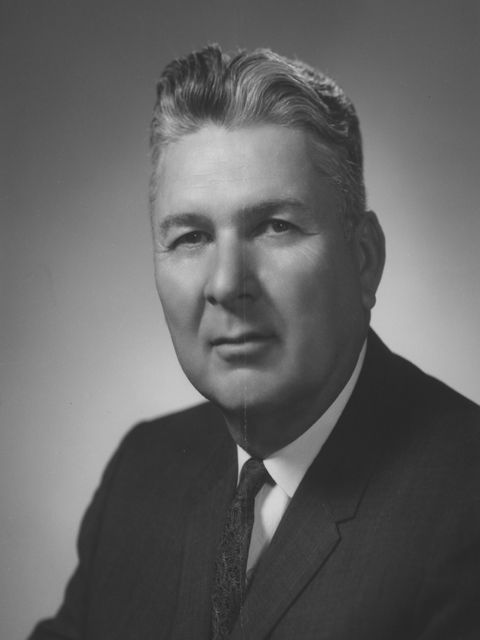 Gary was the first Governor of Oklahoma to have been born in the state since statehood.

“He led the state through the initial integration era and successfully integrated our schools without any of the violence and complications that erupted in many of the southern states.” - Gov. Henry Bellmon, 1993

Oklahoma native and the fifteenth governor of Oklahoma, Raymond D. Gary attended Southeastern State College (now Southeastern Oklahoma State University) in Durant before teaching public school for five years and being elected, at the age of 24, as the youngest county school superintendent at the time. Somewhat later, he established a school and office supply firm, from which he branched out into manufacturing, oil, banking, railroads, cattle, and farming. He also had a rich political career with fourteen years in the State Senate, during the last two years of which he was elected President Pro-Tempore. He was elected as the governor of Oklahoma in 1954 and his term in office was busy and productive, especially in the areas of education, highways, and industrial development. Perhaps his greatest accomplishment was the promotion of peaceful integration between blacks and whites, setting a pattern for Oklahoma that has been the envy of less fortunate states. Governor Gary and his wife, Emma, donated $200,000 and a 37-acre tract of land to build the Baptist Children’s Home along the road from Madill to Kingfisher.