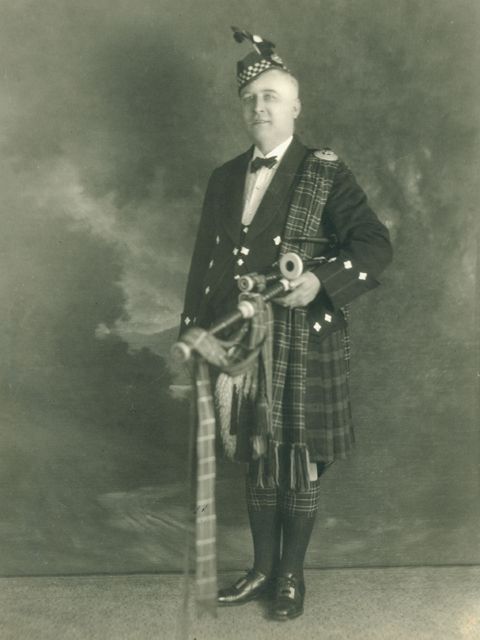 “Getting into the Kiltie Band is as hard as passing a geometry final, for Captain E.G. Fry is a strict taskmaster. Once assured that a prospective member of the band is suitable for the organization, morally and musically, he makes certain that she receives proper training and strict chaperoning after she gets in.” - The Oklahoman, 1938

Captain Everette Green Fry was born in Missouri and raised on a farm. He came to Oklahoma City and opened Fry Bros. Furniture and Hardware Company on California Avenue. He organized the Kiltie band, a team of girls who averaged in age from 14 to 22, marched in intricate drill patterns, and was accompanied by music on bagpipes, hornpipes, glockenspiels and drums. Captain Fry and his wife served as chaperones and coordinators as the team became famous while traveling to every large city in the U.S. and Canada. By 1952, the team was sponsored by American Legion Post 35 and attended nearly 100 public appearances every year as well as aiding the chamber of commerce in good-will tours across Oklahoma.