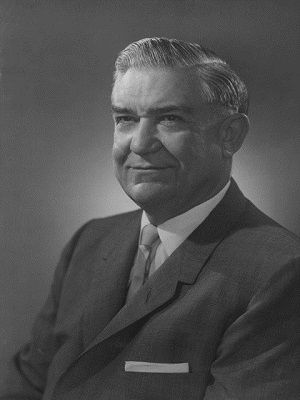 Jack Foster became the youngest mayor in the United States when he was elected to the post in Norman, Oklahoma, while he was still a student at the University of Oklahoma.

T. Jack Foster was born in Texas, orphaned at the age of five, and came to Norman, Oklahoma, in the early 1920s to start University Cleaners and attend the University of Oklahoma. He entered law school and was elected as the mayor of Norman (1929-1933). He was admitted to the Oklahoma Bar Association in 1928 and served as Norman’s city attorney. He entered the real estate business in 1939 with his creation of Norman Courts, “one of the spiffiest and most modern” motels at the time, and was responsible for bringing the Naval Air Station and Air Technical Training Center to Norman. He became a nationally renowned builder and financier of T. Jack Foster and Sons and other building firms. Among his major building projects included Foster Village and Foster Tower Hotel in Hawaii, and Foster City debuted near San Francisco, California in 1964, the same year he received the Horatio Alger Award.