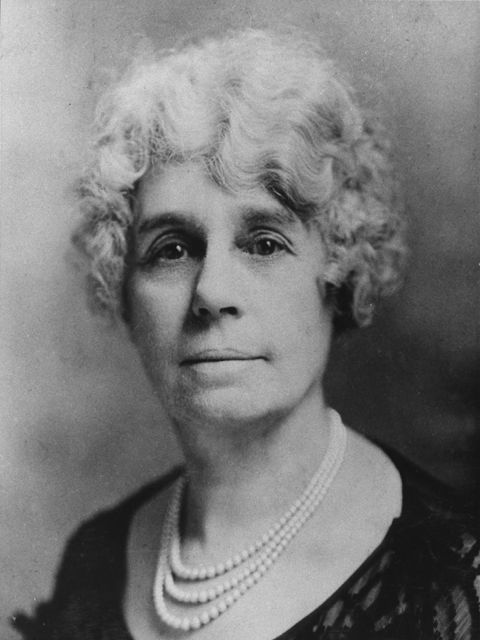 Eva Ferguson inspired the role of heroine Sabra Cravat in the novel Cimarron, published in 1929, and she served as a technical advisor for RKO Pictures in Hollywood during the filming of the original movie in 1931.

“These two persons [Eva and Thompson] have given so much to the history-making of this state and nation…” - Mrs. Max Shaw

Eva Shartel Ferguson was born in Missouri and came from Kansas to Oklahoma with her pioneering husband, Thompson, when the Cheyenne-Arapaho Indian lands were opened to settlement in the run of April, 1892. They crossed the Cherokee Strip and settled in Watonga, where they produced the leading newspaper of Oklahoma Territory at the time – The Watonga Republican. When the Cherokee Strip was opened for a land run, the couple made the run and settled for a time in Pond Creek, but soon returned to Watonga to continue the publication of their newspaper.

Eva was a capable aid in running the paper and helped launch her popular husband’s political career as he was appointed by U.S. President Theodore Roosevelt to serve Oklahoma as its sixth territorial governor from 1901 to 1906.

After her husband’s death, Eva continued to run the newspaper business and work in a number of women’s organizations across the state. She authored a history of the early day newspaper business in Oklahoma, They Carried the Torch, and was honored as the state’s Outstanding Mother of the Year by the American Mothers Committee in New York in 1946.