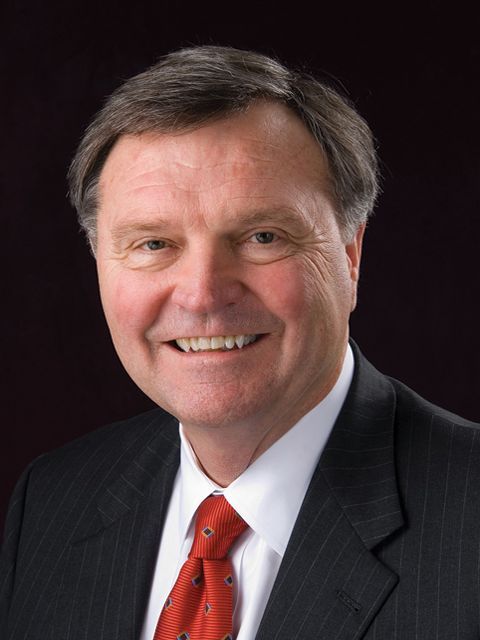 With a special interest in public art, Ken and NBC Oklahoma have been responsible for seven pieces of public art created by Oklahoma artist Harold Holden, all of which have been used to raise money for charitable and educational activities.

"Ken's reputation as a successful banker is stellar at the local, state and national level. His leadership in arts comes from his love for the arts and his desire to see it enrich lives at every phase of life, from the youngest children to senior adults. As a businessman, he knows the value of the arts in terms of economic development and quality of life." - Betty Price

With economic degrees from Texas Tech, Fergeson commenced his banking career in Oklahoma City before purchasing the majority of NBC Bank in Altus in 1985 and settling his family in southwest Oklahoma.

Fergeson’s interest in supporting the arts is exemplified by his role as national treasurer for American for Arts. His belief in the importance of the arts has led him to serve on boards for the Oklahoma Arts Council, the Oklahoma Arts Institute, the National Cowboy & Western Heritage Museum, the Mid-America Arts Alliance, Quartz Mountain Music Festival, and the Shortgrass Arts and Humanities Council. Fergeson and NBC Bank created the Oklahoma Artists Series, commissioning paintings and distributing their prints and posters to customers. Fergeson and his wife, Mary Ann, are the parents of a son, Jarrod and a daughter, Casey.