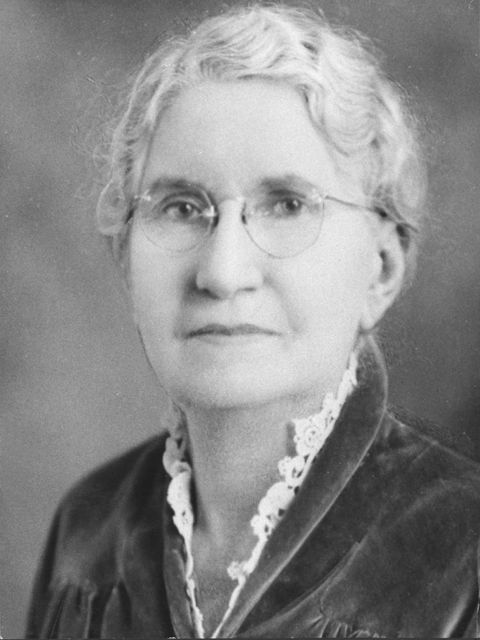 When Etta Dale died on November 2, 1943, all public schools in El Reno flew their flags at half-staff, town businesses were closed, and the funeral was held in the auditorium of Etta Dale Junior High School.

“[She was] Oklahoma’s woman teacher who accomplished the greatest good for the children of Oklahoma.” - President’s Distinguished Service Medal

Born in Missouri in 1872, Etta Dale joined her parents and eleven other children when they made the great Land Run of 1889 and settled six miles southeast of El Reno. Miss Dale’s teaching career began at a small school in Banner, where she stayed for three years before she began 50 years of service in the El Reno school system. She received a degree at Central State College (now the University of Central Oklahoma) in Edmond and a master’s degree in education in 1940 from the University of Oklahoma.

In 1937 after her retirement, the Etta Dale Junior High School was dedicated in her honor. Among her many honors, she received a Distinguished Service Medal from U.S. President Calvin Coolidge in a ceremony at the White House.