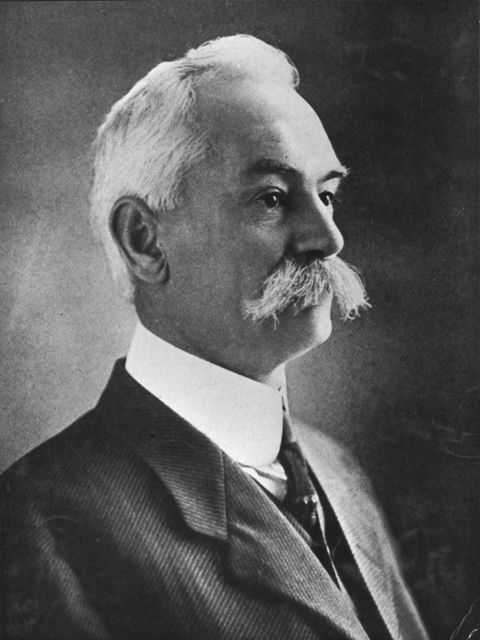 As a policeman, Charles Colcord’s salary was $1 for every arrest he made and when he made the Cherokee Strip Land Run, Colcord rode a thoroughbred horse specially trained for the event.

“For richness of experience and active participation in the exciting pioneer days of the Southwest…and the unflinching allegiance to duty, constantly fraught with danger, [his life] challenges the interest and admiration of every true man and woman in this pioneer nation." - Rex Harlow

Honored with the title of Oklahoma’s “First Citizen,” Charles Frances Colcord was born on a Kentucky plantation in 1859. Charles rode into Oklahoma City after the Land Run of 1889 and traded his team, wagon, and outfit for the very first home in the new city. He worked as an Oklahoma City police officer before being promoted to Chief of Police, became Sheriff of Oklahoma County, deputy United States Marshall, and owned the federal jail in Guthrie for five years.

The family moved to Perry in 1893 before moving back to north Oklahoma City, where Colcord opened an insurance and real estate business, organized and became the president of the Oklahoma City Building and Loan Association and was instrumental in raising the funds to make Oklahoma City the capitol of the state. When he and two business partners struck it rich with the discovery of the famous Glenn Pool Oil Field in 1905, Tulsa became the Oil Capitol of the World. In 1919, Colcord built Oklahoma City’s first skyscraper and was the principal force behind the construction of the city’s Biltmore Hotel in 1929.