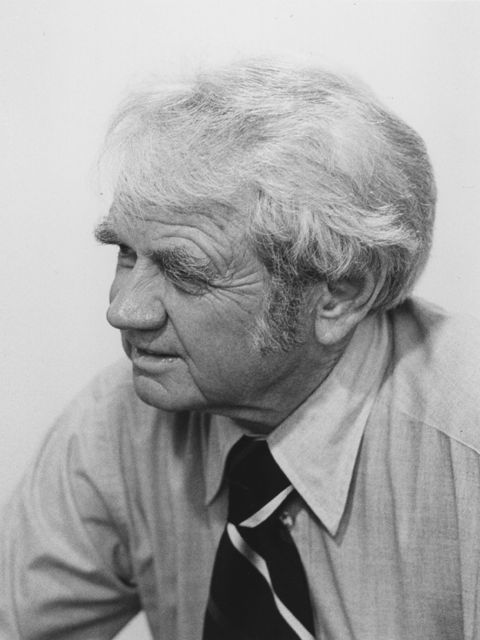 William Caudill had a national reputation as the best architect of schools in the 1950s. Norman High School, created by Caudill, was the first educational building to ever win the annual Honor Award of the American Institute of Architects.

“I suspect a lot of people are a little leery of architects. After all, they are the monument makers…but William Caudill never put much stock in bricks and mortar as an end to themselves. He was much more interested in the people who needed his buildings.” - Max DePree

Oklahoma native William W. Caudill was a graduate of Oklahoma City’s Central High School and was named outstanding male graduate of the School of Architecture at Oklahoma State University in 1937. He earned his Master’s degree at Massachusetts Institute of Technology in 1939. He joined the Navy as a carpenter’s mate in World War II and wrote and illustrated eleven books and over eighty articles in his lifetime. His first book, Space for Teaching, was used in hundreds of educational projects across America and in nine foreign countries.