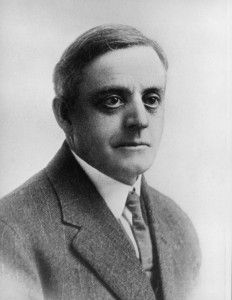 Dr. Buchanan was the oldest member of the faculty at OU when he died in 1930. Known affectionately as “Uncle Buck,” his funeral was the first held in the University Auditorium, classes were dismissed and Oklahoma Governor W. J. Holloway was in attendance.

“Probably the most widely known and most loved member of the teaching staff, genial and friendly…he formed personal acquaintances with thousands of students.” - Norman Transcript, 1930