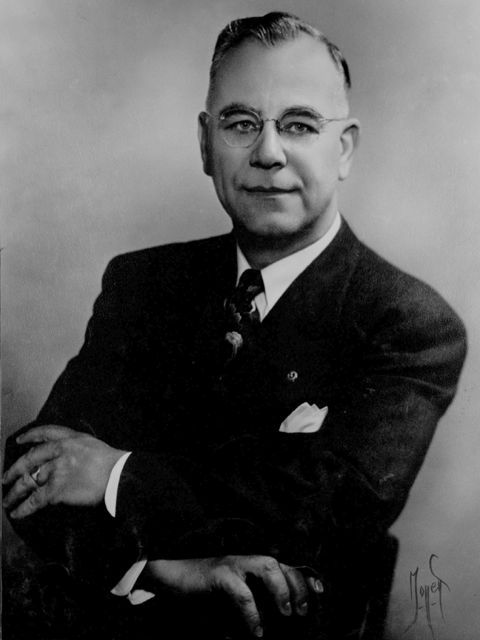 In July of 1948 at a ceremony in Madison Square Garden in New York City, Dr. Eugene Briggs became only the second Oklahoman to become president of the Lions Club International.

“He insisted that if a man really works at a worthy cause and has patience and faith, God and other men will help him get the job done.” - The Daily Oklahoman, 1948

"Broad-smiling, hard-working” Dr. Eugene S. Briggs was born in Missouri and received degrees from Central College (now Central Methodist University), the University of Missouri and Teachers College of Columbia University in New York before coming to Oklahoma as principal of Okmulgee High School in 1919. He served there as superintendent from 1925 to 1928 and then accepted the presidency of State Teachers College (now Southeastern Oklahoma State University) at Durant. He was the director of adult education in the Missouri State Department of Education and became president of Christian College (now Columbia College) in Missouri in 1935. He came to Enid, Oklahoma, as the president of Phillips University (now Northern Oklahoma College) in 1938. He served as the international vice president of the Disciples of Christ from 1942 to 1944 and was the author of numerous articles and books on educational and religious topics.