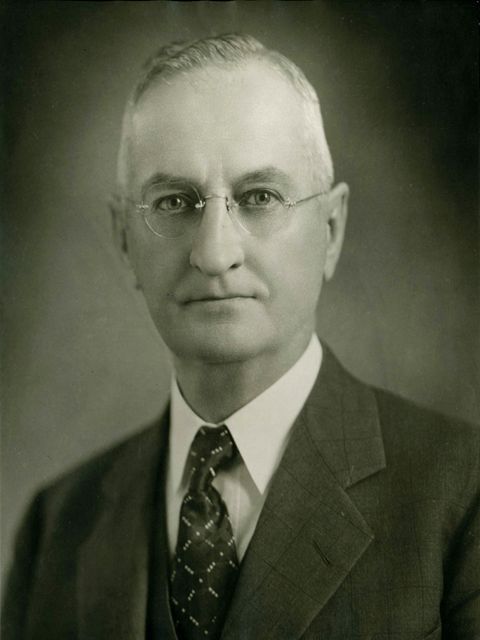 “Mr. Bowman was indeed Kingfisher’s first citizen…a tower and a power, at home and afar...[his] influence will outlive the last of us.” - Kingfisher Times, 1957

George Bowman was regarded as one of Kingfisher’s favorite citizens and the city presented him with a 1953 plaque honoring his 54 years of “loyal, faithful service to his community.” In 1957 he was invited by the state of Virginia to be honored as a distinguished Virginia son and receive an award of merit for his life’s career.

George Lynn Bowman was born in Virginia and moved at age 19 to Western College, where he worked as a janitor to pay his way through school (1893-1897). He graduated with a law degree from Drake University in Iowa in 1899 and moved to Kingfisher, Oklahoma, to open his law practice. He was admitted to the Oklahoma Territorial Bar in 1900 and served as Kingfisher County attorney from 1902-1907. He served from 1930 until his death in 1957 on the board of directors of the Oklahoma Historical Society and was the president of the Oklahoma Heritage Association (now the Oklahoma Hall of Fame). He also served in the State Senate from Kingfisher and Blaine counties and was on the board of regents of the University of Oklahoma (1919-1937).