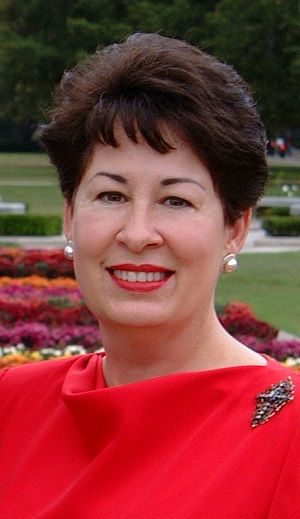 “I was very content in Ada, Oklahoma. I wanted to live and die there. I married David Boren and I couldn’t get him to move the capitol or the mansion to Ada.” - Molly Shi Boren, 1978

An Oklahoma native, Molly Shi Boren graduated from East Central University in 1964 and taught English at Byng, Oklahoma, High School. She received a master’s degree and a Juris Doctorate Degree from the OU School of Law in 1974 and established her law practice in Ada. The next year she was appointed Special District Judge for Pontotoc County and became the First Lady of Oklahoma upon her marriage to Governor David Boren in 1977. She moved to Norman as the First Lady of OU in 1994 and began the improvement of landscaping and building restoration on the Norman, Tulsa, and Oklahoma City campuses. She has served as a director of several companies including the Dollar Thrifty Corporation and the Baltimore Orioles. Mrs. Boren was named the first recipient in Norman of the nationally underwritten ATHENA Award in 2003.