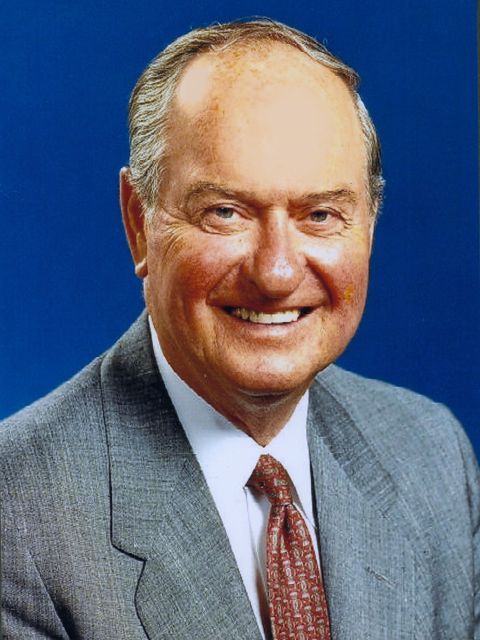 “As a lawyer, Air Force veteran, banker, politician and public servant, G. T. Blankenship has served the state of Oklahoma well and is certainly one of its most esteemed citizens.” - Ray Ackerman, 2001

G. T. Blankenship was the first Republican in State history to be elected Attorney General (1966-1970).

Oklahoma native G. T. Blankenship attended Jefferson Elementary and Taft Junior High schools before graduating from Classen High School and receiving his undergraduate and law degrees from the University of Oklahoma (1954). He served in the U.S. Air Force (1954-1956) and was Judge Advocate for the 23rd Fighter Group. He began his private law practice in 1956 and has been in the banking business since 1975, primarily as chairman of the board of the Bank of Nichols Hills. Blankenship's political career began in 1960 when he was elected to the Oklahoma House of Representatives, where he served as minority floor leader (1964-1966). He has served on the University of Oklahoma Board of Regents, as a trustee for the Oklahoma Eye Foundation, the Oklahoma Methodist Foundation, and the Oklahoma City Chamber of Commerce, among many others. Blankenship was awarded the Oklahoma City Public School’s Wall of Fame Honor in 1999, and was recognized as an Oklahoma City “Pathmaker” in 2000.