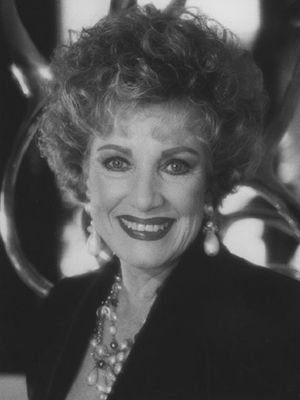 Oklahomans first took notice of Ann Alspaugh when she appeared on the cover of the magazine Oklahoma City This Week in 1953. Nearly 50 years later, in 2002, she was named one of Oklahoma’s Living Treasures.

“Ann Alspaugh is a remarkable woman…her compassion, her knowledge, her determination to help where help is needed have made her an invaluable credit to her community and most certainly a treasured friend to those of us who know her well.” - Dinah Shore, 1985

Oklahoma native Ann Simmons Alspaugh graduated from Duncan High School and attended Smith College and the University of Oklahoma. She was well known for her tireless involvement in the arts, education, medicine and humanities across the state of Oklahoma and around the nation. She served on numerous boards as a trustee, chairing fundraising committees, and in an advisory capacity for groups such as Oklahoma City University, the Oklahoma Foundation for Excellence, the Oklahoma School of Science and Mathematics, and the National Museum of the American Indian of the Smithsonian Institution’s International Founders Council. She received numerous awards including the Governor’s Arts Award and the “Women of the Year” Award from the Redlands Council of Girl Scouts.