The 2021 Class will be formally inducted into the Oklahoma Hall of Fame on Thursday, November 18 at the Cox Business Convention Center in Tulsa.

The 2021 Induction Ceremony will include each Honoree’s acceptance remarks, presenters’ remarks, and video biographies, all hosted by Oklahoma Hall of Fame Members Governor Bill Anoatubby and Chief Gary Batton. The 2021 Honorees will be recognized with the unveiling of their portraits at the Oklahoma Hall of Fame and Gaylord-Pickens Museum and their biographies, photos, and videos will be accessible through interactive exhibits in the Museum. In addition, the Inductees are recognized on granite monuments in the Heritage Plaza at the Oklahoma State Fairgrounds.

Visit our archives to view all Oklahoma Hall of Fame Members. Immediately after graduating from the University of Oklahoma College of Law, at the age of 57, Stanley L. Evans was named dean of students—the first African American to be appointed to a dean position at an Oklahoma law school. In his first year, incoming minority enrollment nearly doubled. During his tenure, OU Law achieved a 100% minority bar passage rate multiple times and was named one of the top 20 law schools for diversity experience by U.S. News & World Report.

Evans is a proud veteran, serving 32 years in the Army, including in Vietnam as a company commander. He was the first African American to command Ft. Leavenworth, Kansas, and dean of the prestigious Command and General Staff College, in addition to presenting a $120 million project to Congress for the construction of a 413,000-square-foot instruction facility.

As chair of the Oklahoma Human Rights Commission, he energized the state on human rights awareness. The Oklahoma Lawyers for America’s Heroes Program, in which Evans is one of the founders, has helped more than 4,000 local veterans. As chief legal coordinator for Oklahoma City’s Make-A-Will Program, over 900 families have been given access to financial planning and wealth management. Evans’ efforts have earned him numerous awards, including the Oklahoma Bar Association’s Trailblazer Award, two Oklahoma Governor’s Commendations, and the military’s Distinguished Service Medal and the Bronze Star. Scott Hendricks is country genre’s most successful producer of the last quarter century, amassing 122 Top 10 singles and counting. . . 78 peaking at No. 1. He has earned eight Academy of Country Music awards, four CMAs, and an Emmy Award. His production credits are a list of country’s “who’s who,” including Restless Heart, Alan Jackson, Brooks & Dunn, Faith Hill, Trace Adkins, Chris Cagle, Dan + Shay, and Blake Shelton, among many others. And, he has appeared four times as a mentor on NBC’s The Voice.

Hendricks’ love for music began in his hometown of Clinton where he was a 2-time All-State guitar/bass musician in the stage band. After graduating from Oklahoma State University, Hendricks relocated to Nashville where he sold recording equipment by day and worked for free in a recording studio at night. Quickly making a name for himself, Hendricks was soon engineering and mixing sessions for Nashville’s top producers.

Since that time, he has worked both independently as a producer and engineer, as well as in executive positions. He founded the music publishing company Big Tractor and a Nashville division of Virgin Records, in addition to serving as president and CEO of Capitol Records, all before being named Executive Vice President of Artists and Repertoire for Warner Music Nashville. An author, attorney, and independent consultant, Hannibal B. Johnson graduated from Fort Smith, Arkansas’ Northside High School, the University of Arkansas, and Harvard Law School. He has taught at The University of Tulsa College of Law, Oklahoma State University, and The University of Oklahoma. He serves on the federal 400 Years of African-American History Commission, a body charged with planning, developing, and implementing activities appropriate to the 400th anniversary of the arrival, in 1619, of Africans in the English colonies at Point Comfort, Virginia.

Johnson chairs the Education Committee for the 1921 Tulsa Race Massacre Centennial Commission and serves as local curator of its world-class history center, Greenwood Rising. His ten books, including Black Wall Street 100: An American City Grapples With Its Historical Racial Trauma, chronicle the African American experience in Oklahoma and its indelible impact on American history. Johnson’s play, Big Mama Speaks—A Tulsa Race Riot Survivor’s Story, was selected for the 2011 National Black Theatre Festival and has been staged in Caux, Switzerland.

Johnson, who resides in Tulsa, has held leadership positions on nonprofit organizations at the local, state, and national levels and for this work, and a strong passion for community service, has received numerous honors and awards The Cheyenne and Arapaho Tribes of Oklahoma adopted her the same year. Kauger founded the Gallery of the Plains Indian; co-founded Red Earth with Ken Bonds; coordinates The Sovereignty Symposium; received the Governor’s Arts Award twice; and chaired the Building Committee and Arts Committee for the Oklahoma Judicial Center, transforming and elevating the historic Wiley Post Building into one of Oklahoma’s most incredible preservation sites for art by Oklahoma artists. With Lonnie Yearwood, she is turning her hometown of Colony into an “arts colony.” Murals by Eric Tippiconnic and a sculpture by Patrick Riley and Ron Lowry already have been added to the John Kauger Memorial Park. 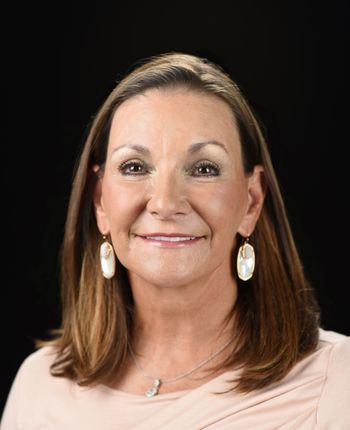 A third-generation Tulsan, Paula Marshall obtained her Associate’s Degree from Tulsa Community College and her Bachelors, Masters and Doctorate from Oklahoma City University. Marshall has served as CEO of Tulsa-based international food manufacturer, Bama Companies, Inc. since 1990. Bama’s mission statement is: People Helping People Be Successful. This not only includes helping Bama team members, but also their families and the community in which they live, work, and serve.

In honoring this mission, Marshall has started, served, and partnered with numerous organizations and causes in and around the Tulsa area, including Tulsa Chamber of Commerce, Tulsa Area United Way, the Margaret Hudson Program, DVIS, Food On The Move, and Ronald McDonald House Charities.

For her commitment to others, she has been recognized with numerous awards and recognitions, including induction to the Tulsa Hall of Fame, Advocate of the Year for DVIS, The Journal Record’s Woman of the Year, and named one of 25 Tulsans “Who Shaped Our City” by Tulsa People Magazine in 2011. The first manufacturer in Oklahoma to become a certified B Corporation, given to those who balance purpose and profit, Bama Companies has been recognized by the Tulsa Regional Chamber, McDonald’s, and Yum Brands as a top inclusive workplace and received the prestigious Malcom Baldridge National Quality Award by the U.S. Department of Commerce. Self-taught Oklahoma artist and Cheyenne and Arapaho Tribal Member Harvey Pratt was selected to create the Smithsonian’s National Native American Veterans Memorial for the National Museum of the American Indian. The “Warriors’ Circle of Honor” was unveiled last year and brings together 573 federally recognized tribes. From El Reno, Pratt is a self-taught artist who works in oil, watercolor, metal, clay, and wood. His works include themes of Native American history and tradition and the Cheyenne people.

With more than 50 years in law enforcement, beginning with the Midwest City Police Department and retiring in 2017 from the Oklahoma State Bureau of Investigation, Pratt is a nationally and internationally recognized expert in forensic art. He has been involved in many high proﬁle cases, bringing closure to the families of loved ones and the capture of some of the most notorious criminals. During his service in Vietnam, a U. S. Marine in Air Rescue and Security, he was stationed at Da Nang Air Base.

An inductee to the Oklahoma Law Enforcement Hall of Fame, Oklahoma Military Hall of Fame, and the Oklahoma State Bureau Hall of Fame, Pratt also has been recognized by the Cheyenne People as an outstanding Southern Cheyenne and was inducted as a traditional Peace Chief—the Cheyenne Nation’s highest honor. Pratt currently serves as chairperson of the Indian Arts and Crafts Board of the U.S. Department of the Interior. Native Oklahoman Jim Stovall is proud to be able to make his home and operate his business in his Tulsa hometown. In spite of blindness, Stovall lost his sight in his twenties, he has been a National Olympic weightlifting champion, successful investment broker, founder and president of the Emmy Award-winning Narrative Television Network, and a highly sought-after author and platform speaker. He is the author of 40 books, including the bestselling novel The Ultimate Gift—a major motion picture distributed by 20th Century Fox and starring the late James Garner. Another five books also have been made into movies with two more in production including his novel, Will to Win featuring the life, wit, and wisdom of Will Rogers.

For his work in making television accessible to our nation’s 13 million blind and visually impaired people, The President’s Committee on Equal Opportunity selected Stovall as the Entrepreneur of the Year. He has been featured in The Wall Street Journal, Forbes Magazine, USA Today, and has been seen on Good Morning America, CNN, and CBS Evening News. He was also chosen as the International Humanitarian of the Year, joining Jimmy Carter, Nancy Reagan, and Mother Teresa as recipients of this honor. For 40 years as editor of Oklahoma City’s only black newspaper, The Black Dispatch, Roscoe Dunjee led the way in the struggle for civil rights. In his own words, he was endeavored “to interpret the mind, the aspiration, the object, and longing of his people.” Publishing the first edition at the age of 31, Dunjee was aware of the dire need for his people to have a voice in the affairs of the city and state.

He saw and experienced firsthand the terrible discrimination and knew there was no representation at any level of government. He played an integral role in court cases that would affect and change segregation laws in Oklahoma, including fights for equal access to higher education by Ada Lois Sipuel and George McLaurin. He also served on the National board of directors of the NAACP and 16 years as president of the Oklahoma State Conference of Branches.

Born in Harper’s Ferry, Virginia, with his family Dunjee relocated to Oklahoma Territory in 1892. Although he briefly attended Oklahoma’s Colored Agricultural and Normal University, known today as Langston University, it was the inheritance of a 1,500-volume library, combined with his analytical mind, that made him one of the most educated men in Oklahoma.