The 2019 Class was formally inducted into the Oklahoma Hall of Fame on Thursday, November 21, in Oklahoma City. Watch the show here!

Visit our archives to view all Oklahoma Hall of Fame Members. 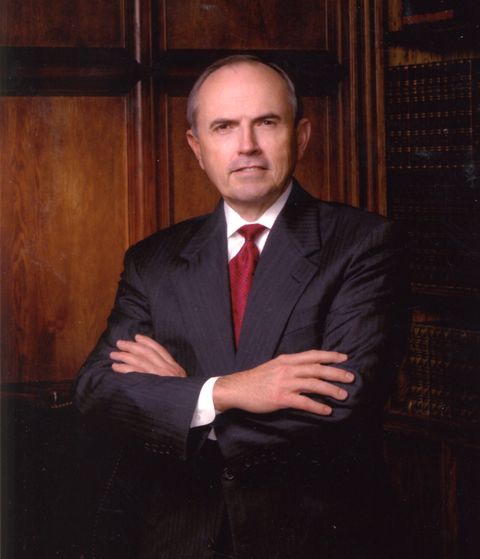 James C. Day was raised in the northwest Oklahoma City of Pond Creek. He spent forty-four years in the energy sector; fourteen years at ONEOK and thirty years at Noble Corporation, where he served as Chairman of the Board, Chief Executive Officer, and President. He, and his team, helped build one of the largest worldwide offshore drilling companies, which started in Oklahoma in 1921. Over his tenure, the market capitalization grew 15,000% and the company became a member of the Standard & Poor's 500 and Fortune 500.

Day has served, or is currently serving, on seven public company's board of directors. Day, through the James C. and Teresa K. Day Foundation, has been a strong supporter of many Oklahoma endeavors. Entities supported are the Cherokee Strip Regional Heritage Center; National Cowboy & Western Heritage Museum; Oklahoma Historical Society; Oklahoma History Center; Oklahoma Foundation for Excellence; Charles B. Goddard Center for Visual and Performing Arts, Inc.; Arcadia Trails; Pond Creek-Hunter High School; and the University of Oklahoma, who recently inducted him into the Seed Sower Society. Day also served as co-chair for the 125th Live On University Campaign for the University of Oklahoma. 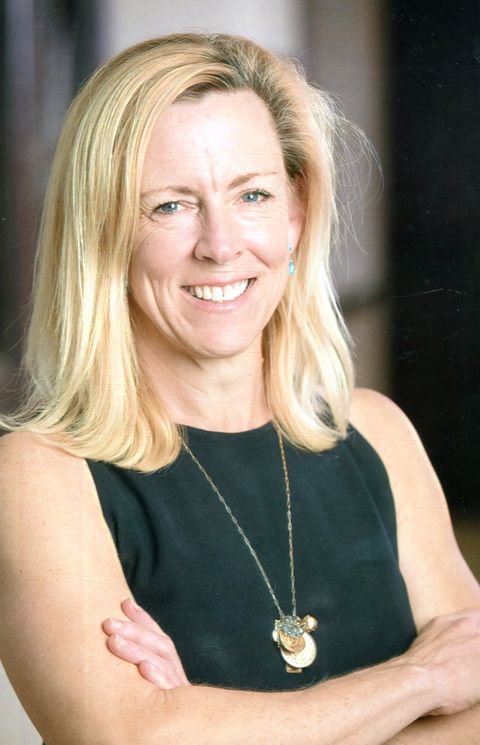 A fourth-generation Oklahoma, Tricia Louise Everest is a graduate of Vanderbilt University and the University of Oklahoma College of Law. With an innate desire to make a difference in the lives of others, she served as Assistant Attorney General for the State of Oklahoma before taking a leave of absence to pursue service-oriented projects and posts.

Since that time Everest has worked with community leaders in the fields of criminal justice, mental health, and the arts to create pathways for children to overcome trauma and adverse childhood experiences. Her focus is to provide men and women the tools to pave new roads for their children absent of abuse, poor health, poverty, incarceration, or addiction.

For her service and dedication, Everest has been named Volunteer of the Year for the YMCA and YWCA, Compassionate Citizen of the Year by the Oklahoma Foundation for the Disabled, and the John and Berta Faye Rex Community Builder Honoree by United Way of Central Oklahoma. Current engagement includes chair of Palomar, a group of service-oriented agencies; chair emeritus of ReMerge, a comprehensive female diversion program; and service on the Access to Justice Commission, charged with developing and implementing policies that make quality legal justice available for low-income Oklahomans. Everest lives in Oklahoma City. 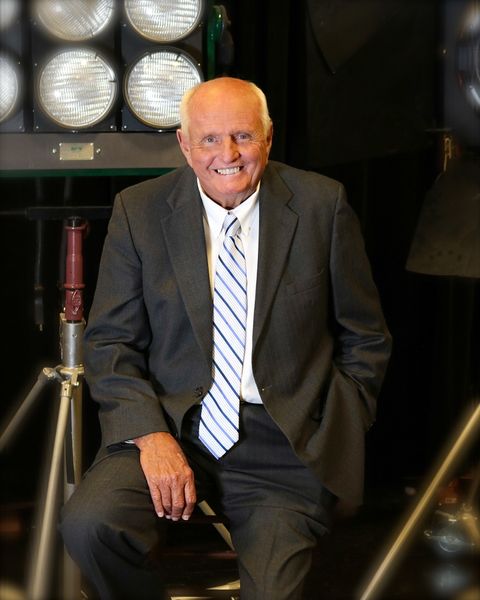 A native of Oklahoma City, Frederickson attended Casady School and the University of Oklahoma before making it on the big screen. With more than fifty titles to his credit, the list includes The Godfather trilogy, Apocalypse Now, Bad Girls, Ladybugs, and the cult hit written and filmed in Oklahoma—The Outsiders.

Shortly after producing South of Heaven, West of Hell in 1999, Frederickson returned home to support the creation of a technical digital cinema program at Oklahoma City Community College. Graduates are finding success and recognition in the entertainment industry throughout the United States. In addition to the nine movies Frederickson has produced locally through his production company GrayMark Productions, he has recently teamed with longtime friend and colleague Francis Ford Coppola to produce Distant Vision in the college’s movie studio.

A former Vice President of Lorimar/Warner Bros. and member of the Academy of Motion Picture Arts and Sciences, Academy of Television Art and Sciences, Directors Guild of America, and the Screen Actors Guild, Frederickson is married to Karen and is the father of two—Kelsey and Tyler. John Bennett Herrington is a retired United States Naval Aviator, Naval Test Pilot, and NASA astronaut. A native of Wetumka, Oklahoma, he graduated from Plano Senior High School in Plano, Texas, and went on to earn a Bachelor of Science in Applied Mathematics at the University of Colorado Colorado Springs. He enlisted in the United States Navy, earning a Master of Science in Aeronautical Engineering at the U.S. Naval Postgraduate School, and a place in NASA’s Group 16 Astronaut Class of 1996.

In 2002, Commander Herrington flew on the Space Shuttle Endeavour STS-113, the 112th Shuttle mission, logging more than 330 hours in space and performing 19 hours, 55 minutes of Extra-Vehicular Activity—the 143rd person to walk in space and the first Native American in history.

Since retiring from NASA, his focus has been promoting STEM—science, technology, engineering, and math education and careers, particularly for Native American youth. He undertook RocketTrek, a 4,300-mile cross-country solo bicycle ride from Makah, Washington to Cape Canaveral’s Kennedy Space Center, earned a PhD in education from the University of Idaho, and wrote a children’s book, Mission to Space. He serves as Judge Advisor for Oklahoma Regional FIRST® Robotics and supports cultural and educational initiatives across the country. 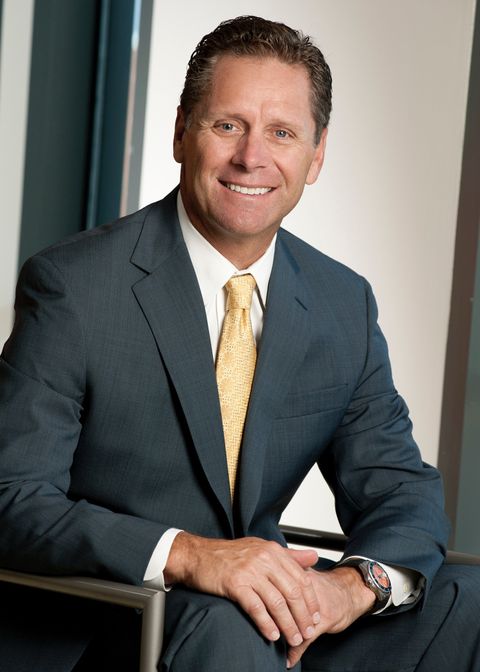 A native Tulsan, Steve Largent is a NFL Hall of Famer, former Congressman, and CEO. For 14 years he was a record-setting receiver with the Seattle Seahawks, setting six different NFL career records and participating in seven Pro Bowls. Off the field, he was named NFL Man of the Year for his community service and Athletes in Action recognized him with the inaugural Bart Starr Award for serving as an exemplary role model on and off the field.

Largent served four terms as a member of the U. S. Congress, representing Oklahoma’s First Congressional District. During his tenure he served as vice chairman of the Energy and Air Quality Subcommittee and on the Telecom Sub­committee, the Oversight and Investigation Sub-Committee, and the Environment and Hazardous Materials Sub-Committee.

As president and CEO of CTIA, a trade association representing the wireless communication industry in the United States, he saw extraordinary growth in the wireless industry with limited interference from the regulatory agencies and Congress.

Largent’s for-profit and non-profit board service includes Cross First Bank, The University of Tulsa, and Code 3—an organization mending the relationship between law enforcement and local communities. The father of four and grandfather to 10, Largent and his wife Terry make Tulsa their home. Born in Muskogee, John Nickel grew up alongside his younger brother Gil working in his parent’s retail landscape nursery. At the age of 22, he established Greenleaf Nursery Company Wholesale on Lake Tenkiller. Today, Greenleaf is one the nation’s largest wholesale producers of shrubs and trees with locations in Oklahoma, Texas, and North Carolina.

In 1979 Nickel partnered with his brother to restore the nearly 100-year-old Far Niente Winery in Oakville, California, recognized as one of the world’s greatest wine estates. In 1997, the brand Nickel & Nickel began producing 100% varietal, single-vineyard wines.

Because of his passion for nature, Nickel donated 14,000 acres to The Nature Conservancy to ensure the land would remain pristine and undeveloped. Nestled in the rolling Cookson Hills and overlooking the Illinois River, The J. T. Nickel Family Nature and Wildlife Preserve is the largest privately protected conservation area in the Ozarks. For his dedication, Nickel received The Nature Conservancy’s first Oak Leaf Award and a Wildlife Stewardship Award from Nature Works. Nickel also has been named Entrepreneur of the Year by Ernst & Young. Nickel lives in Tulsa with his wife, Julie, and is the proud father of five and grandfather of two. J. C. Watts, Jr, was born in Eufaula to Helen Watts and Julius Ceaser “Buddy” Watts. He graduated from Eufaula High School before being recruited on an athletic scholarship to the University of Oklahoma. After leading the Sooners to back-to-back Orange Bowl victories, Watts was drafted by the New York Jets but opted to sign with the Ottawa Rough Riders of the Canadian Football League. After five seasons, leading the Rough Riders to Canada’s Super Bowl—the Grey Cup—and being named MVP, Watts returned to Oklahoma.

He served as youth pastor for Sunnylane Baptist Church in Del City before becoming the first African American elected to a statewide office when he ran for a seat on the Oklahoma Corporation Commission. In 1994 he was elected to serve the 4th Congressional District of Oklahoma in the U. S. House of Representatives and four years later was elected by his peers to serve as chairman of the Republican Conference.

After eight years in Congress, Watts became president of Mustang Equipment, the first African-American owned John Deere Dealership and began writing. His latest book, Dig Deep: 7 Truths to Finding the Strength Within, was released in 2016. Watts is married to Frankie and is the father of six and grandfather to eight. Allen Wright, whose Choctaw name was Kiliahote, was born in Attala County, Mississippi, in 1826. Following the Treaty of Dancing Rabbit Creek, which forced the removal of the Choctaw, he immigrated to Indian Territory, settling near present day Lukfata, Oklahoma. At the age of 13 he relocated to Boggy Depot, making it home for the remainder of his life.

Wright served as Chief of the Choctaw Nation from 1866 to 1870 and was an accomplished civic and religious leader. He made a significant impact on the Choctaw Nation post-Trail of Tears, post-Civil War, and prior to Oklahoma’s statehood. Chief, Presbyterian minister, diplomat, linguist, and rancher are all titles that are associated with Wright; the title he cherished most was Servant of Christ.

Wright is best known for suggesting the name Oklahoma for the new territory during his role as lead negotiator of the Choctaw-Chickasaw Treaty of 1866. Other significant accomplishments include translating portions of the Bible from Hebrew to Choctaw and the creation of the Choctaw dictionary, Chahta Lexicon, for use in the tribal school system.

Learning was a lifelong passion for Wright, who earned both bachelor’s and master’s degrees in the 1850’s, remarkable accomplishments for the times and especially considering he did not begin his formal education until age fourteen. Throughout his life he used his intellectual and leadership gifts for the advancement of his people.